Trolling: The Signs And Personalities Of Internet Trolls 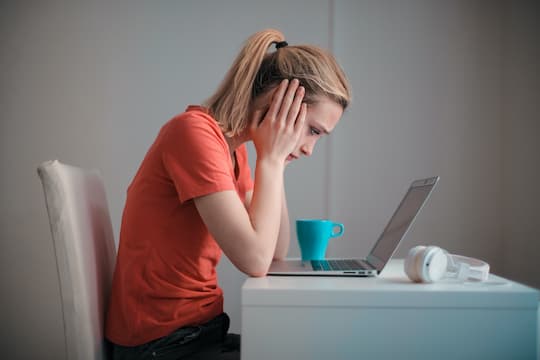 The signs of internet trolling and personality traits linked to this potentially anti-social and sadistic online behaviour.

Trolling on the internet is the process of posting inflammatory, off-topic or insincere messages online in the hope of provoking other people.

A new study finds that internet trolls (people who engage in trolling) are more likely to have dark triad personality traits.

Narcissism, Machiavellianism and psychopathy are the dark triad traits.

A fourth trait that trolls often have is enjoying schadenfreude.

Schadenfreude is a German word that means feeling pleasure at another person’s misfortune.

The practice of winding other people up online is known as ‘trolling’.

They are to be found in the comments threads of most media outlets, on Reddit, a popular internet discussion forum, on Twitter and just about anywhere that online discussions take place.

Signs someone is trolling

‘Trolls’ get pleasure out of drawing others into pointless, inflammatory, off-topic and sometimes ill-mannered interactions.

Here are some common signs that someone is trolling:

National governments are not above hiring trolls to further their ends.

“People who exhibit those traits known as the dark triad are more likely to demonstrate trolling behaviors if they derive enjoyment from passively observing others suffer.

They engage in trolling at the expense of others.”

It is hardly surprising, then, that trolling is considered by many a type of anti-social behaviour and is strongly associated with sadistic personality disorder.

People who like trolling others online have also been found to enjoy hurting others in real life — a classic sign of a sadist (Buckels et al., 2019).

For their study, researchers Brigham Young and Arizona University conducted a survey of 400 Reddit users, asking them about their personalities and any trolling behaviours.

The results showed that people who enjoyed seeing other people suffer were more likely to engage in trolling behaviours.

“This behavior may happen because it feels appropriate to the medium.

So, heavy users of the platform may feel like any and all trolling is ‘functional’ simply because it’s what people do when they go on Reddit.”

Internet trolls claim that their own dysfunctional behaviour is merely a way of communicating with others and is not destructive.

“They are more concerned with enhancing their own online experience rather than creating a positive online experience for people who do not receive the same type of enjoyment or pleasure from such provocative discussions.”

In other words, trolls are enjoying themselves and do not care about their effect on others.

Internet trolling vs. speaking out

People who ‘speak out’ and voice their opinions online are quite different to trolls, the study found.

Speaking out is not related to trolling behaviours, suggesting civil but heated online discussion is possible.

“Remember who you are when you go online.

It helps when we think of others online as humans, people with families and friends like you and me, people who feel deeply and sometimes suffer.

When we forget their identities as actual people, seeing them instead as merely usernames or avatars, it becomes easier to engage in trolling.”

Being open-minded is the key, said Dr Brubaker:

“Digital media gives us the power to connect with people who have similar and different ideas, interests, and experiences from our own.

As we connect with people online, we should strive to be more respectful of others and other points of view, even when another person’s perspective may not align with our own.

Each of us has the power to be an influence for good online. We can do this by exercising mutual respect.

We can build others up and applaud the good online.”

How to handle internet trolling

The very best way to handle a troll is to ignore them.

The classic online saying is: “Don’t feed the trolls.”

Trolls want an emotional reaction, they want to know they are hurting you.

Do not give them the pleasure of seeing your pain, or even of acknowledging their existence.

The only real recourse is to report an internet troll to the site’s moderators if their behaviour becomes too disruptive.

The study was published in the journal Social Media and Society (Brubaker et al., 2021).