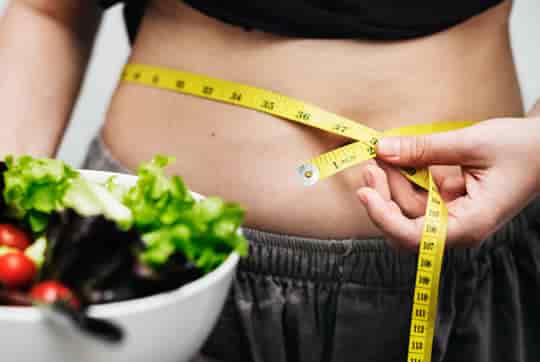 People in the study lost an average of nine pounds using the diet.

People on an intermittent fasting diet lose more weight than those following the Mediterranean or paleo diets, research finds.

Broadly, there are two types of intermittent fasting.

The first type involves restricting the time of day during which people can eat.

For example, breakfast is taken 90 minutes later than usual and supper 90 minutes earlier, with nothing outside this 6 to 8 hour window.

The other approach involves only eating one meal on two days of the week, then eating normally the rest of the week (sometimes known as the 5:2 diet).

People in the current study lost an average of nine pounds using the intermittent fasting diet, more than double that of the paleo diet.

However, people on the Mediterranean diet, while losing less weight, found it easier to follow and showed improvement in their blood pressure.

The conclusions come from a study that compared the three diets in a ‘real-world’ setting, without support from professionals.

There was evidence that all three diets could be healthy ways to eat.

“This work supports the idea that there isn’t a single ‘right’ diet—there are a range of options that may suit different people and be effective. In this study, people were given dietary guidelines at the start and then continued with their diets in the real world while living normally.

About half of the participants were still following their diets after a year and had experienced improvements in markers of health.

Like the Mediterranean diet, intermittent fasting and paleo diets can also be valid healthy eating approaches—the best diet is the one that includes healthy foods and suits the individual.”

The results showed that the Mediterranean diet was the easiest to follow.

“Our participants could follow the diet’s guidelines more closely than the fasting and paleo diets and were more likely to stay with it after the year, as our retention rates showed.”

However, people in the study used a modified version of the paleo diet that allows some dairy.

The study was published in The American Journal of Clinical Nutrition (Jospe et al., 2019).