Fundamental Attribution Error: What It Is And How To Avoid It 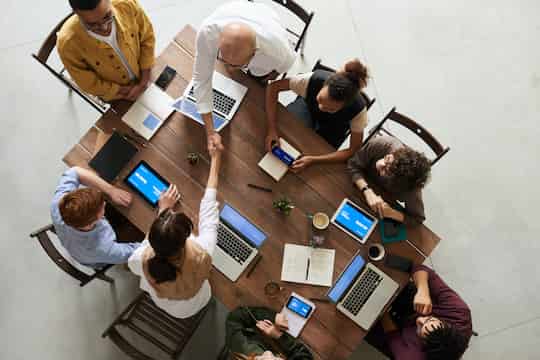 The fundamental attribution error is when we assume people’s personality explains their behaviour and forget about the situation they are in.

The fundamental attribution error is an error we often make when judging other people.

It is assuming that other people’s behaviour mainly reflects their personality.

Unfortunately, this ignores another major influence on how people behave staring us right in the face: the situation.

Our personalities certainly have an influence on what situations we get into and how we deal with them, but situational factors — even relatively subtle ones — can completely obliterate the effects of personality.

The fundamental attribution error, sometimes called the correspondence bias or over-attribution effect, helps explain why people blame others for things over which they have no control.

For example, people who have been the victim of an assault are frequently blamed by others for not taking precautions or failing to foresee the calamitous event, even when there was nothing the victim could do about it.

Don’t take my word for it, though, consider a modern take on an ancient bible story.

The fundamental attribution error and the good Samaritan

Prominent social psychologists Darley & Batson (1973) were interested in what influences people’s helping behaviours and decided to test the parable of the good Samaritan.

The parable is about a Jewish man travelling to Jericho who has been attacked by bandits and lies half dead at the side of the road.

A priest and temple assistant pass him by before finally a Samaritan (who stereotypically hated Jews) stops to offer his assistance.

The moral of the story is clear enough but, wondered Darley and Batson, have we judged the priest and the temple assistant too quickly, perhaps they were just in a hurry?

Example of the fundamental attribution error

In their classic social psychology study the experimenters recruited 67 students from the Princeton Theological Seminary and told them it was a study about religious education and vocations.

They were asked to fill in some personality questionnaires and told they were going to give a brief talk in a nearby room.

Unknown to the study’s participants, they were to experience their very own ‘Good Samaritan’ test.

For, after filling out their questionnaires and while making their way to the other office to give their talk, they would encounter an experimental confederate lying in a doorway, doubled over, eyes closed and coughing.

Participants would have to pass the apparently highly distressed man, but would they stop to help?

The experimenters thought it would depend on how much participants were hurried, so they manipulated this by giving them a map and one of the following three instructions:

So some students left the office thinking they needed to go quickly, others less so, while some were relaxed.

Each of these conditions was also split into two: half about to deliver a talk on the Good Samaritan, the other half on job prospects for seminary graduates.

This meant that the experimenters could assess both the effect of hurry as well as the talk they were giving on the students’ helping behaviours.

Would having a relevant parable uppermost in their minds nudge participants into helping?

Before I give you the results try to predict them for yourself.

How many future priests do you think would stop to see if the man was OK?

What will be the effects of the situation compared with the individual personalities of the seminarians?

On average just 40 percent of the seminary students offered help (with a few stepping over the apparently injured man) but crucially the amount of hurry they were in had a large influence on behaviour.

Here is the percentage of participants who offered help by condition:

The type of talk they were giving also had an effect on whether they offered help.

What these figures show is the large effect that subtle aspects of the situation have on the way people behave.

Recall that the experimenters also measured personality variables, specifically the ‘religiosity’ of the seminarians.

When the effect of personality was compared with situation, i.e. how much of a hurry they happened to be in or whether they were thinking about a relevant parable, the effect of religiosity was almost insignificant.

In this context, then, situation is easily trumping personality.

Before I asked you to imagine what the results might be, were you close?

Perhaps you were surprised by how little effect personality had on whether the seminarians stopped?

That is what catches most people out because of what psychologists call the ‘fundamental attribution error’.

This is the tendency to assume that other people’s behaviour reflects on their personality rather than on the situation they are in.

Contrary to our instincts, however, studies such as this one demonstrate that it is frequently the situation that controls our actions more strongly than personality.

If you saw the trainee priest stepping over the moaning man, what would you think?

Perhaps time for them to switch to a career in investment banking?

Maybe, but in the light of the fundamental attribution error it’s probably unfair on the priest (and the investment bankers) because we all of us have situational pressures on us that can easily drown out the influence of our personalities (see also the bystander effect).

The old adage that a person can be judged on their actions isn’t the whole truth.

Often people’s behaviour, and our own, may say very little about our personalities and much more about the complexities of the situation in which we find ourselves.

One way to avoid the fundamental attribution error is to actively think about a similar situation than you have been in yourself.

For example, when judging someone who was in a hurry for not stopping to help, think about how you behave when you are in a hurry.

Is it possible you have acted in a similar way in similar circumstances.

Another way to avoid the fundamental attribution error is to generate alternate explanations for someone’s behaviour.

For example, if someone is rude to you, could it possibly be that they are not a nasty person, but rather are in a bad mood because something that has happened to them.

Alternatively, they may be preoccupied in a busy environment and have simply not seen you.

Finally, simply understanding the fundamental attribution error can help to combat it.