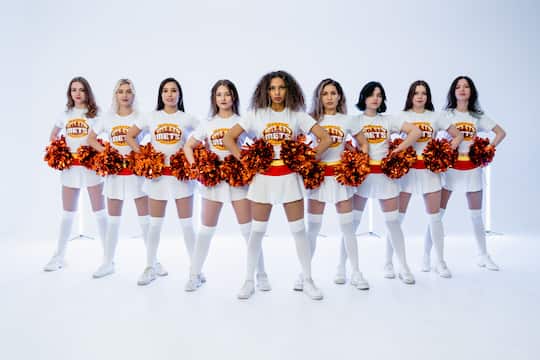 The cheerleader effect is that people appear more attractive in a group. It is explained by the averaging effect of the group.

The so-called ‘cheerleader effect’ is the phenomenon that people seem more attractive when they are in a group than when they are alone.

At least, so urban legend has it.

But now the cheerleader effect has scientific backing from a study published recently in Psychological Science (Walker & Vul, 2013).

In fact, the study finds that both men and women are perceived as more attractive when they are in a group than when alone.

The effect is the result of the way we look at groups and what people, on average, deem an attractive face.

When psychologists say ‘average’ in this sense, they mean if you average out the faces of lots of different people.

They don’t mean people who are average-looking.

“Average faces are more attractive, likely due to the averaging out of unattractive idiosyncrasies.

Perhaps it’s like Tolstoy’s families: Beautiful people are all alike, but every unattractive person is unattractive in their own way.”

The cheerleader effect comes about, then, because when we look at a group of people, we see them as a group, and our brains average out their facial features.

In the study, people’s faces were shown to participants either alone or in group photos.

Sure enough, both men and women were rated more highly when presented in a group than when alone.

The effect was small but still noticeable.

“The effect is definitely small, but some of us need all the help we can get.”

This leads to the idea that you might try to hang out with people whose ‘less average’ features complement your own.

The authors hint at some future research:

“If the average is more attractive because unattractive idiosyncrasies tend to be averaged out, then individuals with complementary facial features — one person with narrow eyes and one person with wide eyes, for example — would enjoy a greater boost in perceived attractiveness when seen together, as compared to groups composed of individuals who have more similar features.”  (Walker & Vul, 2013).