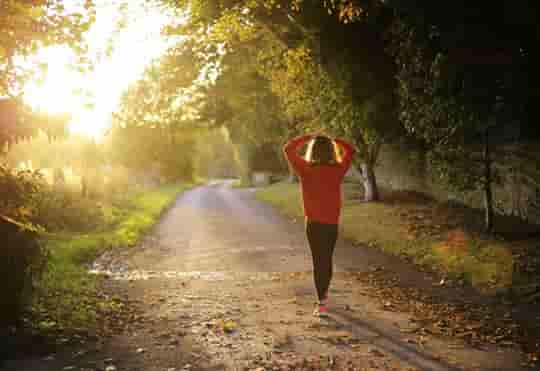 Picturesque, bright areas with broad views allow the mind to restore itself.

That doesn’t just mean nature: people are also happier in characterful areas of towns and cities.

Towers, churches and cottages can make people as happy as ponds, paths and rivers.

Beautiful scenes — whether natural or man-made — allow the mind to recover, according to one prominent psychological theory.

Picturesque, bright areas with broad views help the mind to restore itself.

“We find that people are indeed happier in more scenic environments, even after controlling for a range of variables such as potential effects of the weather, and the activity that an individual was engaged in at the time.

Crucially, we show that it is not only the countryside with which we see this association: built-up areas, which might comprise characterful buildings or bridges, also have a positive link to happiness.

Therefore, this research could be useful for informing decisions made in the design of our towns, cities and urban neighbourhoods, which affect people’s everyday lives.”

The results come from a study involving over 15,000 people who rated almost one million photos for beauty.

The data was combined with reports of people’s happiness in different places that was gathered from an iPhone app called ‘Mappiness’.

With this app, people report their happiness multiple times a day.

The results showed that people were happier when they were in more beautiful places.

“According to Attention Restoration Theory, scenes requiring less demand on our attention allow us to become less fatigued, more able to concentrate, and thus perhaps even less irritable.

Such restorative settings have often been associated with nature, and in contrast, one can imagine that a bustling urban setting such as Times Square in New York might demand our full attention.

However, we find more picturesque streets with broad views and fewer distractions might also function as restorative settings.

Settings that are more beautiful may also hold our interest for longer, thereby blocking negative thoughts.”

The study was published in the journal Scientific Reports (Seresinhe et al., 2019).