What Vaping Does To The Brain 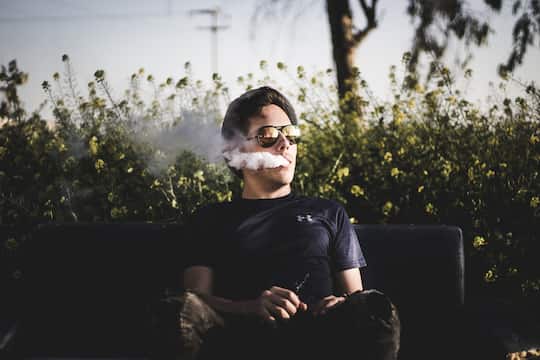 E-cigarettes have been touted as ‘healthier than real cigarettes’, but what do they do to the brain?

While e-cigarettes have been touted as ‘healthier than real cigarettes’, they can produce a mental fog as well as a literal one.

Vapers are at three or four times the risk of experiencing a mental fog than those who have never used them, the study revealed.

“Our studies add to growing evidence that vaping should not be considered a safe alternative to tobacco smoking.”

The results come from two major national surveys including almost one million people.

The surveys asked people about their vaping habits and any problems with attention, memory and concentration.

Both studies found that more vaping was linked to greater problems with mental function.

Smoking regular cigarettes plus vaping together was linked to the greatest problems.

The study also found that vaping is more strongly linked to mental fog if started before age 14.

More than one-quarter of high school students used e-cigarettes in 2019.

The number of young people vaping is of particular concern, Dr Li said:

“With the recent rise in teen vaping, this is very concerning and suggests that we need to intervene even earlier.

Prevention programs that start in middle or high school might actually be too late.”

Adolescence is a critical period for brain development, the study’s authors write:

“During adolescence, the brain is still developing and vulnerable to neurotoxicants like nicotine.

Previous studies on cognitive effects of nicotine have found that early exposure to nicotine could impact the brain development in youth and lead to cognitive deficits in later life.”

Although e-cigarettes deliver fewer dangerous compounds, they provide as much or more nicotine.

“During the past few years, e-cigarette use has increased substantially and e-cigarettes have become the most widely used tobacco product among youth.

The researchers plan to track people over time to test if vaping leads to mental fog or the other way around.

The design of these studies does not make it clear.