The Supplement That Fights Type 2 Diabetes 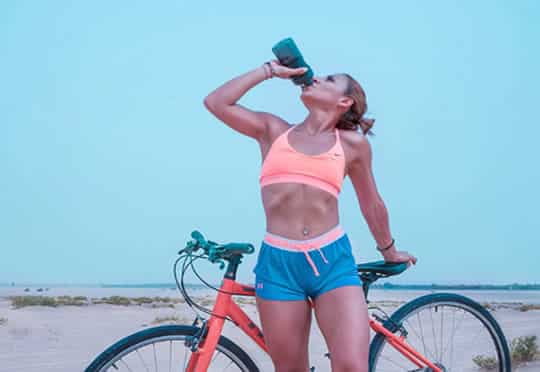 A supplement that may help to manage pre-diabetes and diabetes.

Medication, certain diets, and exercise are effective in fighting diabetes, but there is a possible new way to control the disease.

Researchers from the University of British Columbia suggest that ketone drinks sold as a food supplement might help people with diabetes to keep their blood glucose levels under control.

“There has been a lot of excitement and interest in ketone drinks and supplements, which have really only been on the market and available to consumers for the last couple of years.

Because they’re so new, there’s very little research on how they can influence metabolism and we’re among the first to look at their use in non-athletes.”

Type 2 diabetes is a life-long disease that causes the body’s blood glucose or sugar level to spike.

The condition occurs when either the body doesn’t respond to the insulin hormone or the pancreas doesn’t make enough insulin.

Glucose is the main form of energy carried by the blood to all cells.

But people with diabetes, due to a lack of insulin, can’t use glucose for energy and so the excess sugar stays in the blood.

“It’s a disease that’s becoming alarmingly common in Canada and approaching what many would consider epidemic levels.

While type 2 diabetes can be controlled with medications or injectable insulin, many people are looking to options that don’t require taking pills every day or that are less invasive.”

When a person is on a keto diet, the body produces ketones which are a source of energy from the fat breakdown.

However, ketone supplements claim they can do the same without restricting carbs.

“There is mounting evidence that a low carbohydrate ketogenic diet is very effective in controlling blood sugar and even reversing type 2 diabetes.

We wanted to know what would happen if artificial ketones were given to those with obesity and at risk for type 2 diabetes but who haven’t been dieting.”

So they tested this idea and asked participants to take a ketone drink on an empty stomach and half-an-hour later they consumed a drink that contained 75 grams of sugar.

“It turns out that the ketone drink seemed to launch participants into a sort of pseudo-ketogenic state where they were better able to control their blood sugar levels with no changes to their insulin.

It demonstrates that these supplements may have real potential as a valuable tool for those with type 2 diabetes.”

But he pointed out that ketone supplements are not the perfect answer in controlling the disease.

“There are a number of problems that we still have to work out, including the fact that we still don’t know what the long-term effects of consuming ketones are.

And not to mention that the drink itself tastes absolutely terrible.”

A study suggests that the keto diet improves human health only if applied for a very short time as its negative effects begin straight after a week of dieting.

The study was published in The American Journal of Clinical Nutrition (Myette-Côté et al., 2019).