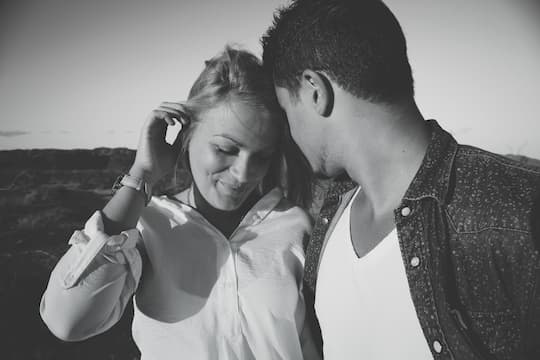 When women use this expression, men are able to recognise it and tell it apart from ordinary polite smiling or a neutral expression.

The most effective expression for flirting involves the head turned to one side and tilted downwards a little, a slight smile and eye contact.

When women use this expression, men are able to recognise it and tell it apart from ordinary polite smiling or a neutral expression.

In general, men can be quite poor at reading facial expressions.

They typically over-interpret polite smiling to express romantic interest, which can lead to misunderstandings.

The conclusion comes from a new study of the most effective expressions for flirting.

“There are very few scientific articles out there that have systematically studied this well-known phenomenon.

None of these studies have identified the flirting facial expression and tested its effects.”

The researchers carried out a series of six studies, Professor Gillath explained:

“Across our six studies, we found most men were able to recognize a certain female facial expression as representing flirting.

It has a unique morphology, and it’s different from expressions that have similar features — for example, smiling — but aren’t identified by men as flirting expression.”

For the study, women — some of whom were professional actresses — were asked to pose flirting expressions.

One expression emerged as being almost universally recognised by men as a flirting sign:

Compared to happy or neutral facial expressions, men subsequently had sex on the mind after seeing this expression.

“Our findings support the role of flirtatious expression in communication and mating initiation.

For the first time, not only were we able to isolate and identify the expressions that represent flirting, but we were also able to reveal their function — to activate associations related with relationships and sex.”

The study was published in The Journal of Sex Research (Haj-Mohamadi et al., 2020).