How To Tell A Narcissist From Their Signature 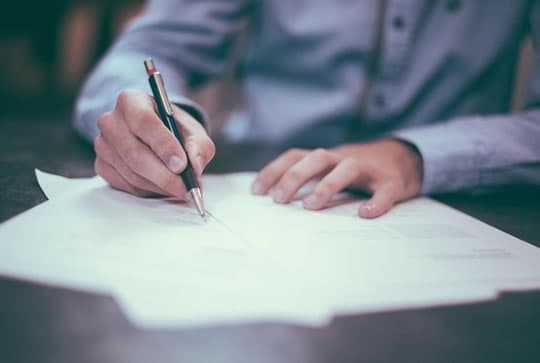 The study found links between signatures and the darker parts of narcissism, such as authoritativeness and exploitativeness.

People with bigger signatures are more likely to be narcissists, research finds.

The conclusion comes from a study of the signatures of 500 chief financial officers.

They found that the CFOs with the largest signatures were more likely to bend the truth.

In this case by misreporting the company’s earnings or relaxing internal controls.

Dr Charles Ham, one of the study’s authors, said:

“In an ideal setting, you would be in direct contact with executives and have them take a personality test.

But that’s not usually possible.

A signature comes directly from the executive.

We used two laboratory tests to establish the link between signature size and narcissism.”

Sometimes people think of narcissism as being an advantage, said Dr Ham:

“When people think of narcissism, their first thought is Steve Jobs.

They think of it as a good trait.”

However, only some parts of narcissism are positive, such as the self-confidence.

The researchers only found links with the darker parts of narcissism, such as authoritativeness and exploitativeness.

“We’ve looked for that silver lining, and we haven’t found it.

We didn’t predict at first that signature size would be related only to the dark elements of narcissism.

But that’s what we found.”

The signatures were taken from notarised documents provided to the Securities and Exchange Commission.

“We controlled for factors such as gender, tenure and corporate history.

We also measured the size of CEO signatures to determine the interplay — and to see if it was really the CFO driving the oversight process.”

Other ways to spot narcissism in a signature include the use of extra lines or exclamation marks.

The study was published in the Journal of Research in Personality (Mailhos et al., 2016).