This Weight Loss Technique Is Twice As Effective 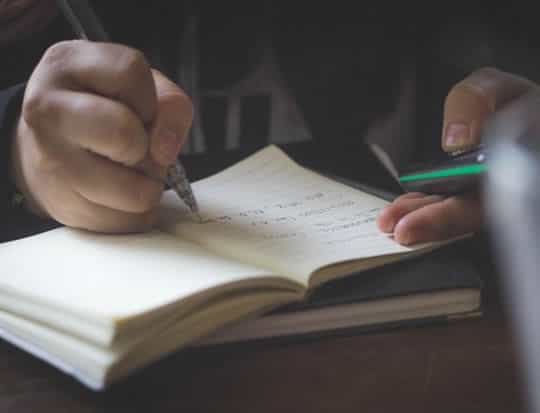 The study showed that people who did this lost twice as much weight.

One of the easiest ways to boost weight loss is also the simplest, research finds.

People who keep food diaries lose twice as much weight when on a diet, a recent study finds.

Making a note of what is consumed, even in the most informal way, helps to boost weight loss.

Indeed, studies have shown that the more careful notes people make, the more weight they end up losing.

Dr Jack Hollis, the author of a study on food diaries and weight loss, explained:

It seems that the simple act of writing down what you eat encourages people to consume fewer calories.”

The key is consistency: not just in keeping to a diet, but also in recording food intake.

The process of keeping a diary does not have to be difficult.

It could be as simple as sending a text message or email message to keep a record.

Keeping a food diary works because it makes people more aware of what they are eating.

Awareness is one of the keys to breaking ingrained habits.

People tend to do the same things each day, like eating, without really noticing.

In the study were 1,685 people who followed the DASH diet for six months.

The DASH diet is designed to be heart healthy and includes many fruits and vegetables.

Thirty minutes of exercise per day was also included in the protocol.

At the end of the study, people had lost an average of 13 pounds.

The results showed, though, that people keeping a food diary lost twice as much weight.

The study was published in the American Journal of Preventive Medicine (Hollis et al., 2008).