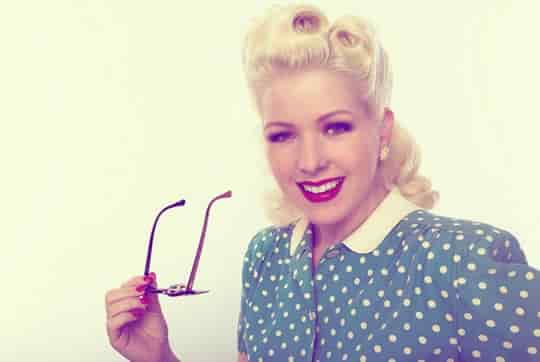 Which hair colour is linked to higher intelligence?

The stereotype has it that blondes, while having more fun, are not as smart.

However, contrary to the stereotype, blonde women have slightly higher IQs than brunettes, a study finds.

However, the difference is so small as to be statistically insignificant.

Blonde men, meanwhile, have similar IQs to men with other hair colours.

So, blondes are not dumb — whether they are male or female.

The point might seem trivial, but the study’s author, Dr Jay Zagorsky, argues that stereotypes can have real-world implications:

“Research shows that stereotypes often have an impact on hiring, promotions and other social experiences.

This study provides compelling evidence that there shouldn’t be any discrimination against blondes based on their intelligence.”

The conclusions come from a survey of 10,878 white Americans asked about their natural hair colour (Hispanics and African Americans were excluded to eliminate bias).

However, the differences were so small as to be unlikely to represent a real difference.

“I don’t think you can say with certainty that blondes are smarter than others, but you can definitely say they are not any dumber.”

A factor that could explain blondes having higher IQ is that they also had more books in their homes during childhood, Dr Zagorsky said:

“If blondes have any slight advantage, it may simply be that they were more likely to grow up in homes with more intellectual stimulation.”

While the research may reveal little difference, stereotypes are powerful, Dr Zagorsky writes:

“…humans use a person’s looks as a signal for the person’s personality or productivity.

For example, blonde women are often stereotyped as dumb or incompetent while redheads are seen as people with fiery tempers.

These stereotypes are reinforced in popular culture with the dumb blonde female being a staple of Hollywood movies such as Reese Witherspoon in the “Legally Blonde” series or even Marilyn Monroe in “Gentlemen Prefer Blondes.”

The study was published in the journal Economics Bulletin (Zagorsky, 2016).