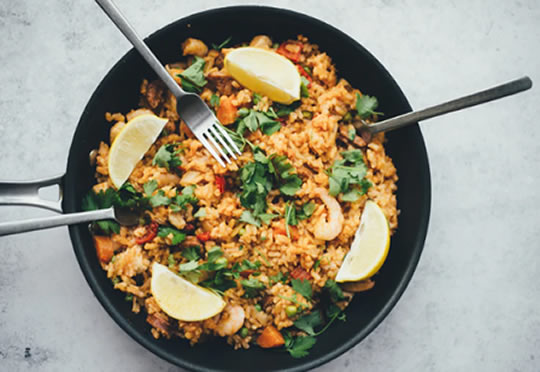 If you experience stomach cramps and bloating, especially during exercise, this diet might help.

Avoiding certain foods can ease gastrointestinal problems in people who are vulnerable to symptoms similar to irritable bowel syndrome (IBS).

The symptoms can include pain in the belly, nausea, belching, heartburn, diarrhoea, flatulence, urge to defecate and constipation.

Researchers have revealed that a diet low in fermentable oligosaccharide, disaccharide, monosaccharide and polyol (FODMAP) is beneficial to people with any of these symptoms.

Bread is not high in FODMAPs but because we have a high amount of bread in our diet, it counts as a major source.

Other FODMAP foods are cereals, pasta, pastries and energy drinks, again because they are consumed in high quantity.

Replacing foods like garlic that is a highly concentrated source of FODMAPs with a low FODMAP foods such as ginger and chives would help decrease inflammation and stomach discomfort.

Previously, it has been shown that a low FODMAP diet is very helpful to people with IBS.

The new study suggests that this diet can also lessen stomach cramps, bloating and other gastrointestinal symptoms caused by exercise as well as improving people’s performance during exercise.

Participants in this study were a group of healthy runners who had to follow high or low FODMAP diet plans for one week at a time with a week washout period between each diet plan.

Nearly 70 percent of participants who were on a low FODMAP diet saw a significant improvement in symptoms besides being able to exercise more frequently and for much longer with higher intensity.

“We found a clear benefit when following the low FODMAP diet, with a reduction in exercise-related gastrointestinal symptoms amongst otherwise healthy, recreational runners.

The reported improvement in perceived pain, in conjunction with reduced experiences of bloating whilst on a low FODMAP diet, is likely explained by a reduction in intestinal water volume and gas production, caused by fewer indigestible carbohydrates available for fermentation in the gut.”

A low-FODMAP diet plan can be difficult to manage or even stressful, therefore following such a diet requires proper care.

“It’s also important that people take care if deciding to follow a low FODMAP diet, as reductions in total caloric and carbohydrate intake may impact on nutritional quality.”

The study was published in the journal of International Society of Sports Nutrition (Wiffin et al., 2019).