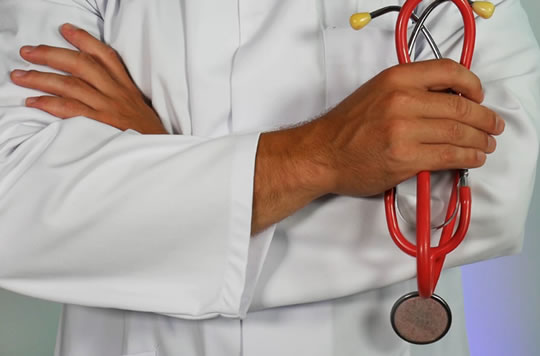 The quick workout reduces the risk of heart disease without jogging a single step or lifting a single weight.

A five-minute workout can lower the risk of a heart attack, increase your sports performance and improve clear thinking, new research finds.

Inspiratory Muscle Strength Training (IMST) was developed in the 1980s to improve respiratory muscles in people with lung diseases such as bronchitis, asthma and emphysema.

It involves breathing hard through a hand-held device and improves exercise performance by increasing lung capacity and so makes breathing easier.

Imagine sucking vigorously through a straw that sucks back.

Mr Daniel Craighead, the leader of the study, said:

“IMST is basically strength-training for the muscles you breathe in with.

It’s something you can do quickly in your home or office, without having to change your clothes, and so far it looks like it is very beneficial to lower blood pressure and possibly boost cognitive and physical performance.”

In 2016, research found that 30 inhalations a day with greater resistance helped patients with obstructive sleep apnea.

This condition occurs among people with weak breathing muscles,  in which the throat muscles randomly relaxes and blocks the airway during sleep.

Snoring and shortness of breath are noticeable signs of obstructive sleep apnea.

Participants in this study, after a period of six weeks, developed an unexpected side-effect of the therapy, besides getting more restful sleep.

The subjects systolic blood pressure rapidly reduced by 12 millimeters of mercury, which is higher than many medications and twice as much as aerobic exercise’s effect.

If a high normal rate for systolic blood pressure is 130 mmHg then this means that 30 inhalations per day will reduce the rate to 118 mmHg.

There is no doubt that 30 minutes daily aerobic exercises can reduce blood pressure, but only 5% of adults follow this advice and exercise that amount.

On the other hand, 65% of middle aged people suffer from high blood pressure.

The preliminary results from the recent clinical trial confirmed that the IMST group performed better on certain memory and cognitive tests as well as seeing improvements in large-artery function and a reduction in blood pressure.

The study was presented at the Experimental Biology conference in Orlando and the abstract is published in FASB Journal (Craighead et al., 2019).