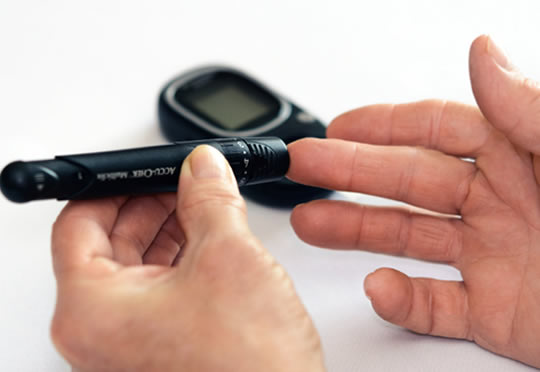 Correcting this disorder in diabetics would benefit them as well as many anti-diabetes drugs.

Poor sleep can be a risk factor for type 2 diabetes, research finds.

Poor sleep quality, or changes in circadian rhythms caused by night-shift work, have been linked to alterations in insulin levels.

When poor sleep continues, the body makes less insulin, a hormone that allows the body to use glucose (sugar) as energy.

Blood sugar level is regulated by insulin and so depletion of insulin can lead to type 2 diabetes.

Moreover, poor sleep through the night increases levels of stress hormones, such as cortisol.

Cortisol weakens insulin productivity by increasing the blood sugar levels and the consequence is too much sugar pumping into the bloodstream.

High blood sugar, which is known as hyperglycemia, is a sign of developing type 2 diabetes.

Studies suggest that people with diabetes who have poor sleep have higher insulin resistance and so more difficulty in managing the disease.

Dr Kristen Knutson, the lead author of a study published in the journal Diabetes Care, said:

“People who have a hard time controlling their blood glucose levels have a greater risk of complications.

They have a reduced quality of life.

And, they have a reduced life expectancy.”

This study monitored sleep duration and quality in diabetics.

They also reported if they suffered from any sleep disorders like sleep apnea, snoring or insomnia.

Their results showed that diabetics subjects with poor sleep had 82% higher insulin resistance compared to those who had diabetes, but were normal sleepers.

“For someone who already has diabetes, adding a sleep treatment intervention, whether it’s treating sleep apnea or treating insomnia, may be an additional help for them to control their disease.”

Improving sleep is a powerful intervention — it can be as effective as common drugs for type 2 diabetes.

“This suggests that improving sleep quality in diabetics would have a similar beneficial effect as the most commonly used anti-diabetes drugs.”

Diabetes is predominant in the US and it is increasing rapidly worldwide.

According to the Centers for Disease Control and Prevention (CDC), in 2015 more than 100 million US adults were suffering from diabetes or prediabetes.

Other signs of type 2 diabetes include feeling thirsty all the time, losing weight and blurred vision.

The study was published in Diabetes Care (Knutson et al., 2011).