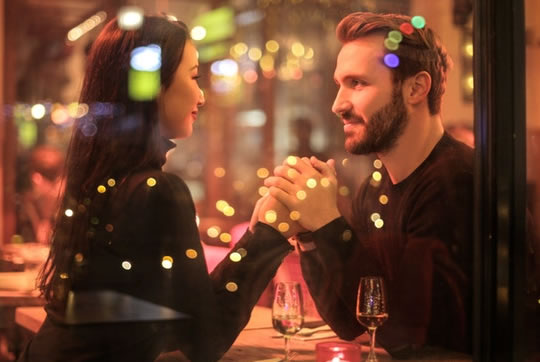 Both sexes unconsciously do the same thing when they meet someone they are attracted to.

Both men and women unconsciously lower their voices when they are attracted to someone, new research finds.

Men, in particular, keep their voices low to indicate their interest.

Surprisingly, women also lower their voices when speaking to the most attractive men.

For the study, 30 speed daters met in a cafe, half men, half women.

The researchers monitored voice pitch and asked everyone who they were attracted to.

The study’s authors explain that men lowered their voice when attracted to a woman:

“…men lowered the minimum pitch of their voices when interacting with women who were overall highly desired by other men.

Men also lowered their mean voice pitch on dates with women they selected as potential mates, particularly those who indicated a mutual preference (matches).

Women also lowered their voice when attracted to a man:

“…although women spoke with a higher and more variable voice pitch toward men they selected as potential mates, women lowered both voice pitch parameters toward men who were most desired by other women and whom they also personally preferred.”

Women, though, were more discerning in their choice: only lowering their voice for the most attractive men.

The study was published in the journal The Royal Society Proceedings B (Pisanski et al., 2018).