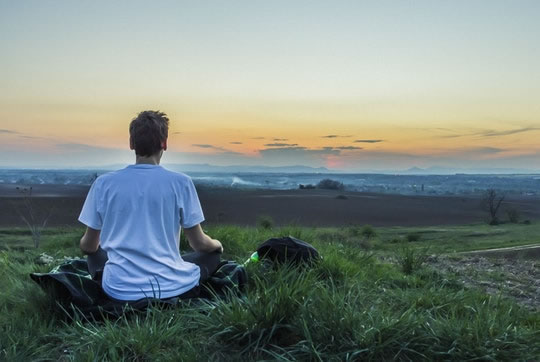 The longer people had been practising meditation, the more their personalities had changed.

Meditation is linked to higher levels of extraversion and openness to experience and lower levels of neuroticism, research finds.

Extraversion, along with its well-known attribute of engaging with other people, is linked to higher levels of positive emotionality.

Openness to experience is the quality of being receptive and curious, as well as imaginative and sensitive to feelings.

The conclusions come from a study of 70 people, half of whom were experienced mindfulness meditators.

The study’s authors explain that mindfulness was linked with:

“…higher levels of curiosity and receptivity to new experiences and experience of positive affect and with less proneness toward negative emotions and worrying and a reduced focus on achievements.”

The results also showed that the longer people had been practising meditation, the more their personalities had changed.

They showed higher levels of openness and extraversion and lower levels of neuroticism with more meditation.

Mindfulness may be particularly effective at increasing openness to experience, because it…

“…initiates the voluntary exposure to a wide range of thoughts, emotions, and experiences suggests that increases in openness can be expected due to the practice of MM [mindfulness meditation].”

The benefits of mindfulness in lowering neuroticism likely result from…

“…the clear intention to acknowledge and accept all thoughts and feelings as they arise in a non-judgmental way is in a sense revolutionary and can be hypothesized to reduce vulnerability to be lost in repetitive cycles of negative thoughts and worry.”

The study was published in the journal Mindfulness (van den Hurk et al., 2011).