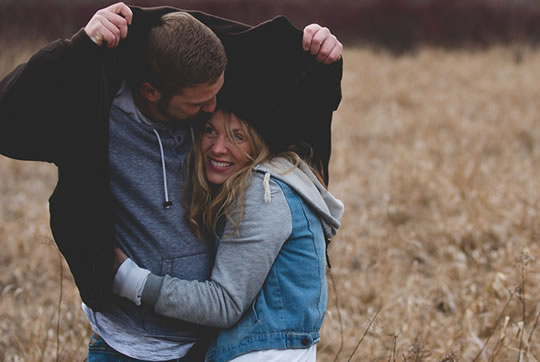 How to predict if a relationship will end in marriage.

When looking back, couples destined to marry accurately remember the ups and downs of their relationship, research reveals.

Happy couples have no reason to try and hide any problems from themselves to make it feel like they are moving forwards.

On the other hand, people with poor relationships have distorted memories that bear little relation to the truth.

Misremembering the past may be a way of papering over the cracks in a failing relationship.

“People like to feel that they’re making progress as a couple.

If they’re not — if, in fact, the relationship is in trouble — they may have distorted recollections that help them feel like they’re moving forward because they need a psychological justification to stay in the relationship.”

The results come from a nine-month study involving 232 heterosexual couples who had dated for around two years.

All rated their chances of eventually getting married every month, for 8 months.

Professor Ogolsky said that those whose relationships were improving had remarkably accurate memories:

“Couples who had deepened their commitment remembered their relationship history almost perfectly.

The graphs for this group were really interesting because the plot of the end-of-study recollection could be placed right on top of the one we had graphed from the monthly check-ins.”

Those who had maintained their relationships without really moving forward, fooled themselves a little to get the feeling of progress, said Professor Ogolsky:

“They had given themselves some room to grow and remembered the recent past as better than they had reported it being.

If they saw maintenance as stagnation, that’s a way of addressing that cognitive gap.

It helps them feel that their relationship is developing in some way — that they’re making progress.”

Lastly, those whose relationships were on-off, or just off, were mostly in denial, Professor Ogolsky said:

“If we looked at their history as they reported it to us over the nine-month period, we could see that their chances of marriage were plummeting.

Yet their recollection was that things had been going okay.

Of course, they hadn’t seen the graph so they didn’t know their trajectory looks this dire, but it’s fair to say they were in denial about the state of their relationship.”

The study was published in the journal Personal Relationships (Ogolsky & Surra, 2014).