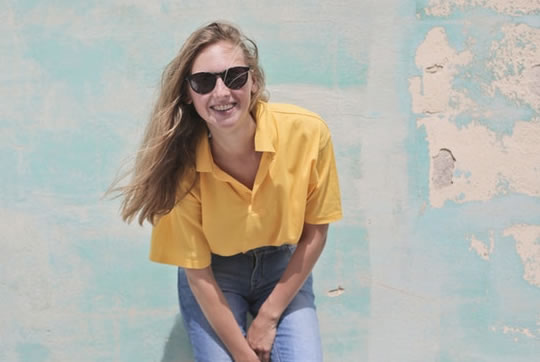 Having any, some or all of these qualities is linked to living a happier life, study finds.

Being enthusiastic and difficult to discourage are two of the personality traits linked to the highest well-being, research finds.

Being difficult to discourage is related to more positive growth, self-acceptance and greater achievement in life.

These were not the only personality factors linked to well-being.

People who are industrious, compassionate and intellectually curious are also happier, but in different ways.

Industrious people, for example, work harder towards long-term goals and are very achievement-oriented.

Compassionate people tend to feel more positive emotions and have better relationships with others.

The intellectually curious are open to new ideas and they enjoy thinking deeply and benefit from greater personal growth.

The conclusions come from a survey of 706 US adults, who were asked about their personality and different aspects of their well-being.

The study demonstrates that there are different paths to happiness.

Positive emotions are good, but so is feeling satisfied with your life, being independent, reaching life goals and experiencing personal growth.

Personality psychologists typically identify high extraverts who are low in neuroticism as the happiest people, as the study’s authors explain:

“The large literature describing the associations between personality traits and well-being suggests that extraversion (the tendency to be bold, talkative, enthusiastic, and sociable) and neuroticism (the tendency to be emotionally unstable and prone to negative emotions) are especially strong predictors of well-being.

But is wellbeing only accessible to the extraverted and non-neurotic?”

No, they argue, being a non-neurotic extravert is not the only way to be happy.

If you look more closely at personality, it turns out there are multiple paths to happiness.

“…the personality–well-being relation varies appreciably across personality aspects and distinct dimensions of well-being.

Not all aspects of extraversion and neuroticism are equally predictive, and aspects of conscientiousness, agreeableness, and openness/intellect also have idiosyncratic, meaningful associations with distinct forms of positive functioning.”

In other words, it’s possible to be a happy, neurotic, introvert.

It’s just a kind of happiness reached via a different route.

The study was published in the Journal of Personality (Sun et al., 2018).