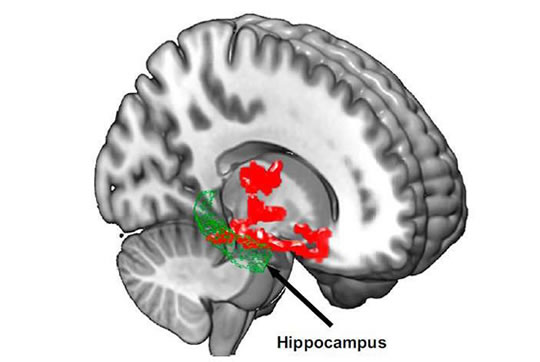 People not allowed to sleep for one night showed elevated levels of beta amyloid, the clumps of protein seen in the brains of people with Alzheimer’s.

As these build up, they hamper the brain’s ability to function.

“We certainly show that even oe night of sleep deprivation can increase the levels of these harmful beta amyloid compounds.

That’s a very logical assumption, I would say, and it’s consistent with prior research.”

The researchers recruited 20 healthy people who were allowed to sleep normally one night and were kept up the next night.

Brain scans were used to assess levels of beta amyloid.

“…the beta amyloid increases were observed in regions of the brain important to memory and thought.

These included the hippocampus, which has been tied to memory, and the thalamus, which is an important hub for relaying sensory information to the brain.”

Usually, while we sleep, neurons in the brain get smaller, which allows waste products to be cleared.

Dr. Andrew Varga, a sleep scientist not connected to the study, said:

“It makes intuitive sense that if you have chronically high levels of beta amyloid they would congregate together and form plaques, but that piece of it is not fully fleshed out.”

The study was published in the journal Proceedings of the National Academy of Sciences (Shokri-Kojori et al., 2018).