The Desirable Traits That People Cannot Judge In Themselves 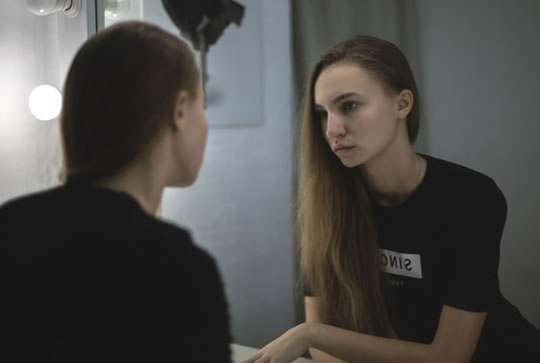 The traits that people find hardest (and easiest) to spot in themselves.

People are worst at judging their own levels of intelligence, attractiveness and creativity, research finds.

However, they are good at judging their own levels of anxiety and sadness.

The reason is that people are good at judging internal feelings because they have direct access to them.

However, people are worse at evaluating themselves in comparison to others.

The research underlines that we are not always at our best when judging ourselves.

“I think that it’s important to really question this knee-jerk reaction that we are our own best experts.

Personality is not who you think you are, it’s who you are.

Some people think by definition that we are the experts on our personality because we get to write the story, but personality is not the story — it’s the reality.

So, you do get to write your own story about how you think you are, and what you tell people about yourself, but there still is reality out there, and, guess what?

Other people are going to see the reality, regardless of what story you believe.”

We leave traces of our personality all around us, said Dr Vazire:

“Everything you touch you leave a mark of your personality.

You give off hints of your personality that you don’t even see yourself.”

For the study, 165 people were given tests of personality, intelligence and of how they reacted to various social situations.

The results showed that people were best at judging their own levels of anxiety.

“You probably know pretty well your anxiety level, whereas others might not be in the position to judge that because, after all, you can mask your inner feelings.

Others, though, are often better than the self in things that deal with overt behavior.”

Where people had difficulties, though, was in judging desirable personality traits in themselves, such as attractiveness, intelligence and creativity:

“…there is so much at stake, meaning your life is going to be so much different if you are intelligent or not intelligent, attractive or not.

Everybody wants to be seen as intelligent and attractive, but these desirable traits we’re not going to judge accurately in ourselves.”

Dr Vazire explained why these traits are so hard to judge in ourselves:

“We look in the mirror all the time, yet that’s not the same as looking at a photo of someone else.

If we spent as much time looking at photos of others as we do ourselves we’d form a much more confident and clear impression of the other’s attractiveness than we would have of our own.

Yet after looking in the mirror for five minutes we’re still left wondering, ‘Am I attractive or not?’ And still have no clue.

And it’s not the case that we all assume that we’re beautiful, right?”

The study was published in the  Journal of Personality and Social Psychology (Vazire, 2010).