Listen For This Simple Clue That Someone Is Attracted To You 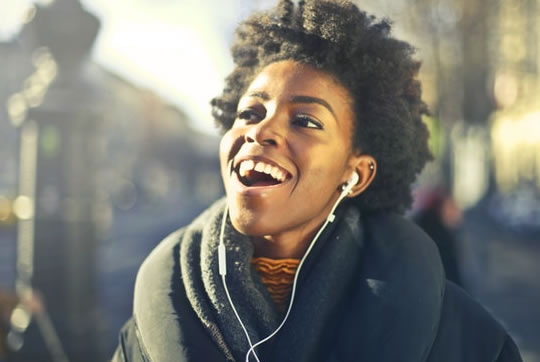 How people signal attraction with their voice.

People signal attraction to each other by lowering their voice pitch.

For both men and women, a lower voice pitch signalled attraction, a study finds.

“We found that both sexes used a lower-pitch voice and showed a higher level of physiological arousal when speaking to a more attractive opposite-sex target.”

For the study, 48 people were asked to leave a scripted voice message while viewing a picture of an invented person.

When they looked at a picture of a more attractive person, people used a lower pitched voice for the message.

Men were expected to lower their tone to signal attraction, which is what they did.

Dr Hughes expected that women would raise their voices to seem more attractive, but the opposite happened.

“There appears to be a common stereotype in our culture that deems a sexy female voice as one that sounds husky, breathy, and lower-pitched.

It could be that women learn to lower their tone as it is an accepted signal, Dr Hughes said:

“When a woman naturally lowers her voice, it may be perceived as her attempt to sound more seductive or attractive, and therefore serves as a signal of her romantic interest.”

The research also found that the change in voice tone was large enough that people could spot it.

“These findings may have implications for the important role voice plays in mate selection and attraction.

If people can perceive changes in others’ voices when speaking to attractive individuals, this perception may be adaptive for identifying interested potential mates, detecting partner interest in others, and possible detection of partner infidelity.”

The study was published in the Journal of Nonverbal Behavior (Hughes et al., 2010).