This Top Trait Is More Attractive Than Looks 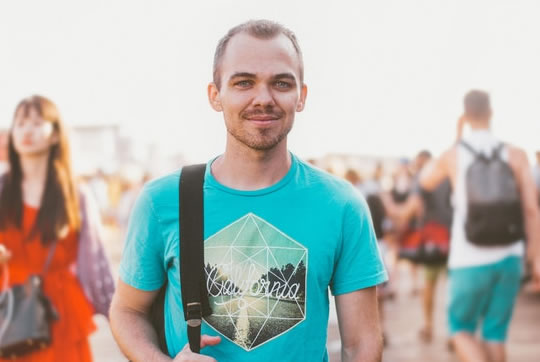 Helping others with no thought for yourself is more attractive than good looks for a long-term relationship.

Women rated an average-looking man giving money to a homeless person as more attractive than a better looking man who walked right past, the researchers found.

The study suggests that good looks are not everything in the dating game, especially when it comes to long-term relationships.

When women were asked about short-term relationships, though, the research revealed a weird twist — being altruistic was then a liability.

For short-term relationships women preferred a man who was not altruistic.

This could be related to the fact that darker personality traits, such as narcissism and psychopathy can make men more attractive in the short-term.

Clearly these type of men are not going around rescuing kittens from trees.

For the study women were shown pictures of two different men — one was more attractive than the other.

They then read different scenarios describing how each man was behaving — sometimes altruistically, sometimes not.

Being both altruistic and attractive was the mother lode, the researchers explained:

“The preference for altruistic men was also further influenced by their physical attractiveness, such that the increase in desirability of men as attractiveness increased was significantly greater when they were also altruistic.

This suggests that altruism can have an additive effect to other mate choice qualities (in this case, physical attractiveness), such that possessing both qualities has a greater effect on a man’s desirability than just a combination of their individual desirability.”

For short-term relationships, though, the better looking man was the preferred choice for women, no matter what he was pictured doing.

If you had to choose between being selfless or good-looking, then this study suggests that a generous and charitable is more attractive for long-term relationships.

The study was published in the journal Evolutionary Psychology (Farrelly et al., 2016).