Why Mental Delusions Are Hard To Break 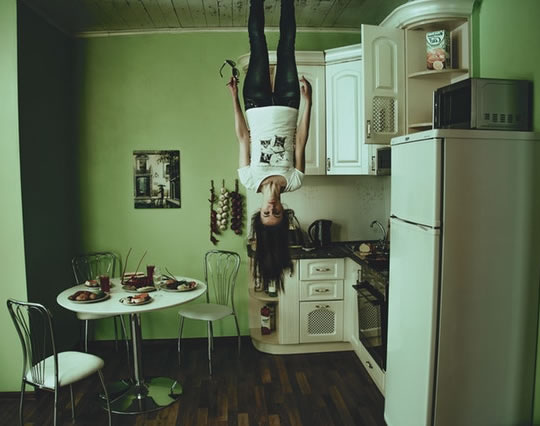 Well-known mental delusions include Capgras syndrome, in which a person thinks all their loved ones have been replaced by impostors.

The reason people find it difficult to break free of mental delusions or hallucinations is down to faulty ‘reality testing’, one psychologist argues.

Well-known mental delusions include Capgras syndrome, in which a person thinks all their loved ones have been replaced by impostors.

Hallucinations and delusions can also be caused by serious mental health problems like schizophrenia.

Part of the brain normally checks strange ideas against reality.

“Normally this ‘reality testing’ in the brain monitors a ‘story telling’ system which generates a narrative of people’s experience.

A simple example of normal reality testing is the person who gets a headache, immediately thinks they might have a brain tumor, then dismisses that thought and moves on.

Their story episode ‘I might have brain cancer’ gets tested and quickly rejected.

In someone who has problems with reality testing, that story might persist and may even be elaborated and translated into action.

Such people can experience immense mental health difficulties, even to the point of becoming a threat to themselves or to others.”

One man had a serious head injury and developed Capgras syndrome, the study explains.

“His family looked familiar but didn’t feel familiar, and the story in his head made sense of that feeling.

It didn’t matter how much people tried to point out that his family was the same, in his mind they had been completely replaced by impostors.”

A familiar point at which we often reject a delusion is when experiencing déjà vu, said Professor Gerrans:

However, such feelings do not lead to delusion in people whose reality testing is intact.”

Understanding the reality testing system in the brain could help to treat people experiencing delusions and hallucinations:

“Trying to treat someone experiencing these delusions by telling them the truth is not necessarily going to help, so new strategies need to be developed to assist them.

Ultimately, that’s the aim of this work — to help explain the nature of reality testing in order to help people find a way of working through or around their delusions so that the delusions no longer adversely affect their lives.”

The study was published in the journal Frontiers in Psychology (Gerrans, 2014).