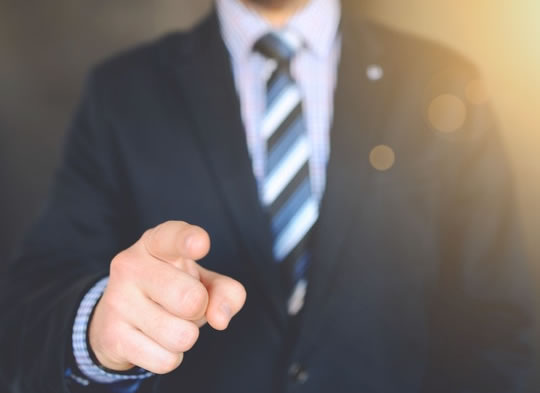 Primary psychopaths lack empathy and are cool-headed and fearless.

Unlike everyone else in the office, psychopaths feel positive and engaged towards abusive bosses, new research finds.

What are known as ‘primary psychopaths’ benefit from bad bosses the most, the researchers found.

“There are primary and secondary dimensions of psychopathy.

Both consist of high levels of antisocial behavior; however, people who score high in primary psychopathy lack empathy and are cool-headed and fearless.

They don’t react to things that cause other people to feel stressed, fearful or angry.

“We found that primary psychopaths benefit under abusive supervisors.

Relative to their peers low in primary psychopathy, they felt less anger and more engagement and positive emotions under abusive supervisors.”

In the first, each was asked to react to profiles of different types of bosses.

In the second, they reported on their real-life bosses.

In some ways, psychopaths who didn’t mind their bad bosses were enablers, Dr Hurst said:

“It may reward and retain exactly the kind of people who are likely to perpetuate abusive cultures.

Psychopaths thriving under abusive supervisors would be better positioned to get ahead of their peers.”

“If they have a problem of endemic abuse, like Wells Fargo — where former employees have reported that managers used tactics designed to induce fear and shame in order to achieve unrealistic sales goals — and upper-level managers are either unaware of it or are not taking action, they might notice increasing levels of engagement due to turnover among employees low in primary psychopathy and retention of those high in primary psychopathy.

At the extreme, they could end up with a highly engaged workforce of psychopaths.”

The study was published in the Journal of Business Ethics (Hurst et al., 2017).