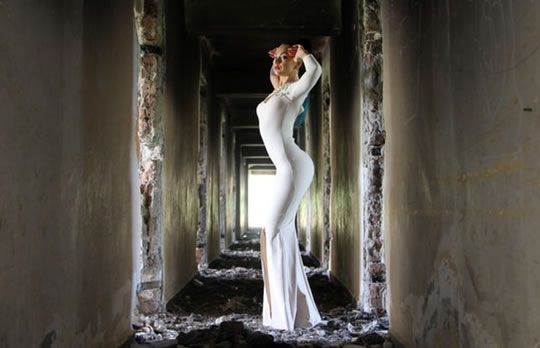 Only a small change in posture is enough to increase attractiveness.

Both men and women looking at the 3D models used in the study were found to focus their attention on the rear of the models, eye-tracking revealed.

Below, the image on the right shows an arched back.

When men and women looked at the back and side views the effect of increased attractiveness was particularly pronounced.

“The latter highlights the unique influence of an arched back on the perception of attractiveness.

The perception of attractiveness and visual attention to the hip region suggests that lordosis or the arching of the back might signal human females’ proceptivity or willingness to be courted.

Animals such as sheep, cats, ferrets and primates adopt this curved posture, presenting the rear, to signal that they are ready to mate.

It seems that it is also an unconscious signal in humans.

The study was published in the journal Evolutionary Psychological Science (Pazhoohi et al., 2017).