Wearing These Glasses May Fight Insomnia 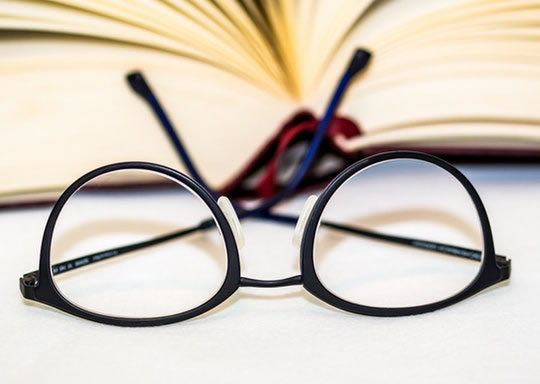 90% of Americans use light-emitting devices like smartphones and laptops before going to bed.

The reason is that they block out blue light.

Too much blue light before bedtime — like that produced by smartphones — suppresses the sleep hormone melatonin and increases alertness.

“Now more than ever we are exposing ourselves to high amounts of blue light before bedtime, which may contribute to or exacerbate sleep problems.

Amber lenses are affordable and they can easily be combined with other established cognitive and behavioral techniques for insomnia management.”

For the study, 14 people with insomnia wore either wrap-around amber-tinted glasses for two hours before bedtime or glasses with clear plastic.

A month later they swapped over, so that everyone had tried both pairs of glasses for a week.

“The glasses approach allows us to filter out blue-wavelength light from all these sources, which might be particularly useful for individuals with sleep difficulties.”

Better sleep quality and a reduction in insomnia severity were also reported when wearing the amber glasses.

Some smartphones can be adjusted to emit amber, instead of blue light, Dr Shechter said:

“I do recommend using the amber setting on smartphones at night, in addition to manually reducing the brightness levels.

But blue light does not only come from our phones.

It is emitted from televisions, computers, and importantly, from many light bulbs and other LED light sources that are increasingly used in our homes because they are energy-efficient and cost-effective.”

“Insomnia is often characterized by physiologic hyperarousal, which may account for the relationship between poor sleep and cardiovascular risk.

Going forward, it will be interesting to examine whether this blue-light blocking approach can be useful for improving cardiovascular outcomes like hypertension in individuals with poor sleep.”

The study was published in the Journal of Psychiatric Research (Shechter et al., 2017).