Creative People Have This Type of Sleep 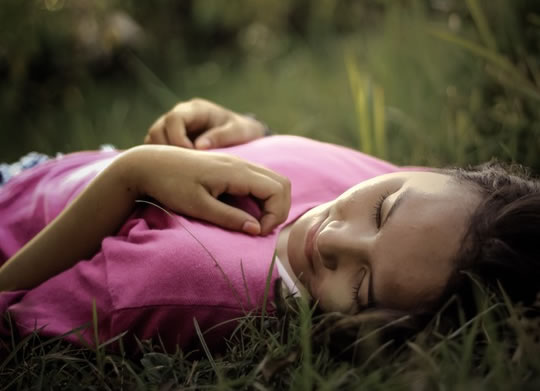 Both visually and verbally creative people report this type of sleep.

People who are more creative go to sleep later, get up later and have worse sleep overall, research finds.

Their sleep was more disturbed during the night and they had more problems functioning during the day as a result.

In the case of verbally creative people, we found that they sleep more hours and go to sleep and get up later.

In other words, the two types of creativity were associated with different sleep patterns.

This strengthens the hypothesis that the processing and expression of visual creativity involves different psychobiological mechanisms to those found in verbal creativity.”

The study included 37 students, half of whom were studying art, and the other half were concentrating on the social sciences.

All had their sleep measured and recorded as well as taking tests of visual and verbal creativity.

Those who were more creative — no matter what they studied — slept the worst.

The art students, though, tended to sleep the most, but this did not mean they felt the most rested the next day.

This could suggest their sleep quality is not what it could be.

It is not known exactly why creative people may have worse sleep, but the study’s authors speculate:

“It is possible that a ‘surplus’ of visual creativity makes the individual more alert, and this could lead to sleep disturbances.

On the other hand, it is possible that it is protracted sleep among verbally creativity individuals that facilitates processes that support the creative process while they are awake.

In any case, these findings are further evidence of the fact that creativity is not a uniform concept.

Visual creativity is activated by — and activates — different cerebral mechanisms than verbal creativity.”

The study was published in the journal Psychology of Aesthetics, Creativity, and the Arts (Ram-Vlasov et al., 2016).