Taking Notes Has This Ironic Effect On Your Memory 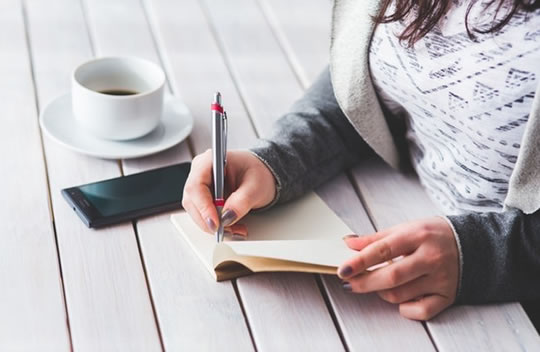 Psychologists asked people to play a classic memory game, sometimes called Concentration or Pairs — half were allowed to take notes.

Making notes can actually reduce what you remember, according to psychological research.

In a reverse of what many people expect, writing down information causes it to be flushed from memory.

We seem to intentionally forget what we write down.

A whole pack of cards is spread out across the table face-down.

Then each person turns over two cards, looking for a matching number (or picture) card.

You repeat this, turn by turn, and the winner is the person who gets the most pairs.

For the study, half were allowed to make notes about the locations of the cards, the other half not.

Here’s the trick, though: those allowed to make notes had them taken away before they were tested on the locations and identities of the cards.

“One might have predicted that the note-taking group should show evidence of having better memory for the identity and location of the cards, as it could be argued that the form of studying that they were engaged in was more active and elaborate than the forms used by the study group.”

However, the study showed the exact reverse, as the authors explain:

These results are suggestive that note-takers intentionally forgot the location information.”

The reason, then, is that the brain says to itself: “Well, I’ve written this information down, so there is no need to remember it!”

“Not unlike a person using a day planner to keep track of appointments, the results indicate that participants relied on their notes as an external store for the cards’ locations.”

So, be careful what you make a note of, especially if you think you might lose the notes!

The study was published in the journal Memory & Cognition (Eskritt & Ma, 2014).