Boost Brain Power With The Right Type of Socialising 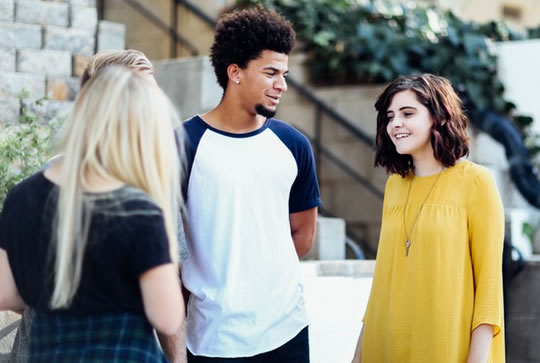 Boost brain power by having a friendly chat, study suggests.

The boost from ten minutes getting to know someone was equivalent to that from solving crossword puzzles.

The research suggests that having a friendly chat with someone could be a great way of preparing yourself for a mentally challenging task.

“This study shows that simply talking to other people, the way you do when you’re making friends, can provide mental benefits.”

The research looked at what psychologists call executive function.

This is the ability we all use in everyday life to ignore distractions, remember important things, make decisions and monitor ourselves.

The study compared different types of social interactions to see which provided the greatest benefit.

When people are competitive with other, they tend to withdraw within themselves.

Friendly conversations, meanwhile encourage empathy and trying to work out what the other person is thinking.

“We believe that performance boosts come about because some social interactions induce people to try to read others’ minds and take their perspectives on things.

And we also find that when we structure even competitive interactions to have an element of taking the other person’s perspective, or trying to put yourself in the other person’s shoes, there is a boost in executive functioning as a result.”

“Taken together with earlier research, these findings highlight the connection between social intelligence and general intelligence.

This fits with evolutionary perspectives that examine social pressures on the emergence of intelligence, and research showing a neural overlap between social-cognitive and executive brain functions.”

The study was published in the journal Social Psychological and Personality Science (Ybarra et al., 2016).