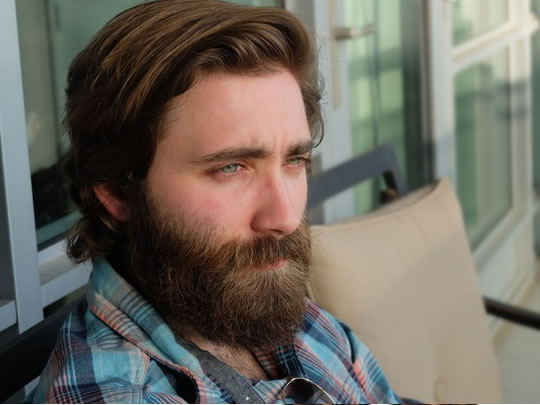 Are beards attractive? And if so, how much should men grow?

The study showed pictures of men with different levels of facial hair to over 8,000 women.

Men’s faces were also ‘masculinised’ and ‘feminised’ by computer manipulation to see what effect this would have.

Here is an example of the feminised male faces along with different beard growths: 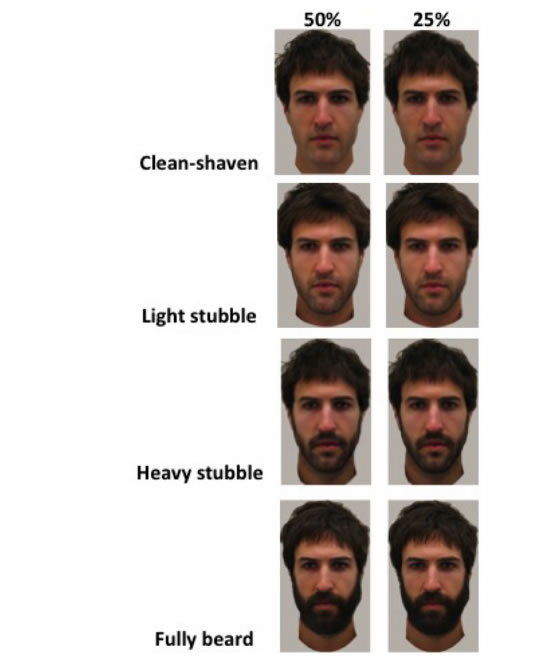 Here are the masculinised faces with different beard lengths: 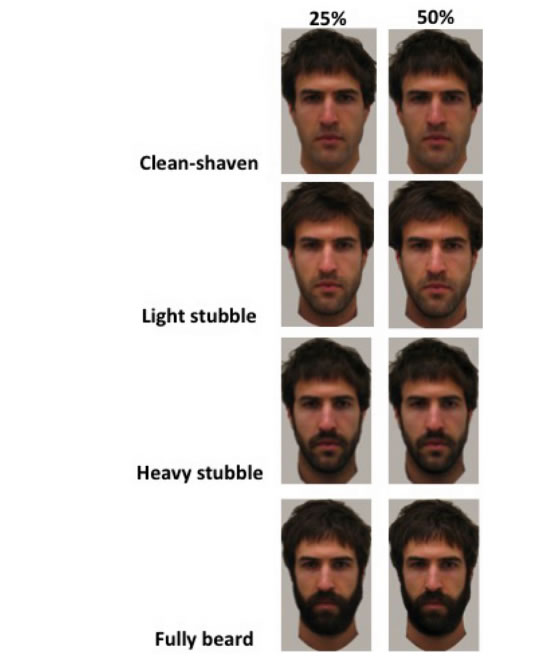 The results showed that the more faces were masculinised or feminised, the less attractive they were.

“…beards may be more attractive to women when considering long-term than short-term relationships as they indicate a male’s ability to successfully compete socially with other males for resources.

Interestingly, a longitudinal analysis of men’s facial hair fashions in London from 1871 to 1972 revealed that beards became more common when the marriage market was more male-biased and the degree of intrasexual competition to attract mates was augmented.”

Remember that all these are ‘average’ findings across thousands of people.

The study is the latest in a long and illustrious line of important beard-related research.

Not all studies agree on whether beards are more attractive, although stubble does seem to be emerging as a strong favourite, especially for shorter term relationships.

The study was published in the Journal of Evolutionary Biology (Dixson et al., 2016).