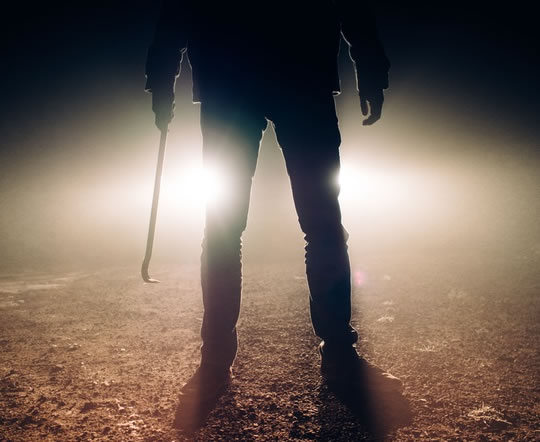 A lack of self-control and a strong focus on rewards is strongly linked to criminal behaviour, new research finds.

However, many people with psychopathic traits never commit criminal offences.

The new research used brain scans to investigate what turns an ordinary psychopath into a criminal psychopath.

“We carried out tests on 14 convicted psychopathic individuals, and 20 non-criminal individuals, half of whom had a high score on the psychopathy scale.

The participants performed tests while their brain activity was measured in an MRI scanner.

It has already been proved that the brains of non-criminal individuals with psychopathic traits are triggered by the expectation of reward.

This research shows that this is also the case for criminal individuals with psychopathic traits.”

“There is a difference in the communication between the reward centre and an area in the middle of the forebrain.

Good communication between these areas would appear to be a condition for self-control.

Our results seem to indicate that the tendency to commit an offence arises from a combination of a strong focus on reward and a lack of self-control.

This is the first research project in which convicted criminals were actually examined.”

Both impulsivity and very antisocial, egocentric behaviour are key to criminal psychopathy, said Professor Robbert-Jan Verkes, who led the research:

“Especially [these] traits seem to be connected with an excessively sensitive reward centre.

The presence of these impulsive and antisocial traits predict criminal behaviour more accurately than a lack of empathy.”

The study was published in the journal Social Cognitive and Affective Neuroscience (Geurts et al., 2016).