Mixed Race Faces Are Seen As Most Attractive 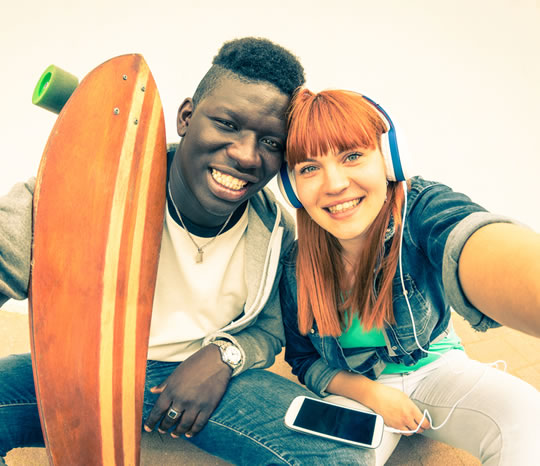 People were shown a random sample of black, white and mixed-race faces.

Mixed-race faces are consistently seen as the most attractive when compared with black and white faces, research finds.

Dr Michael Lewis explained the motivation for the study:

“Previous, small scale, studies have suggested that people of mixed race are perceived as being more attractive than non-mixed-race people.

This study was an attempt to put this to the wider test.

A random sample of black, white, and mixed-race faces was collected and rated for their perceived attractiveness.

There was a small but highly significant effect, with mixed-race faces, on average, being perceived as more attractive.”

There is an evolutionary theory for why mixed race faces are seen as more attractive.

Charles Darwin came up with the idea that hybrids are more vigorous (heterosis).

Cross-breeding in many species leads to offspring or are genetically fitter.

It could be that humans also pick up on this hybrid strength.

“The results appear to confirm that people whose genetic backgrounds are more diverse are, on average, perceived as more attractive than those whose backgrounds are less diverse.

This can be taken as evidence for heterosis among human population groups.

There is evidence, albeit anecdotal, that the impact of heterosis goes beyond just attractiveness.

This comes from the observation that, although mixed-race people make up a small proportion of the population, they are over-represented at the top level of a number of meritocratic professions like acting with Halle Berry, Formula 1 racing with Lewis Hamilton; and, of course, politics with Barack Obama.”

Previous research has shown the same effect for mixed Asian and European backgrounds.

“…people of a mixed Asian and European background were rated as more attractive than Asians, Europeans, or even faces generated as morphs between these two groups.”

The study was published in the journal Perception (Lewis, 2010).