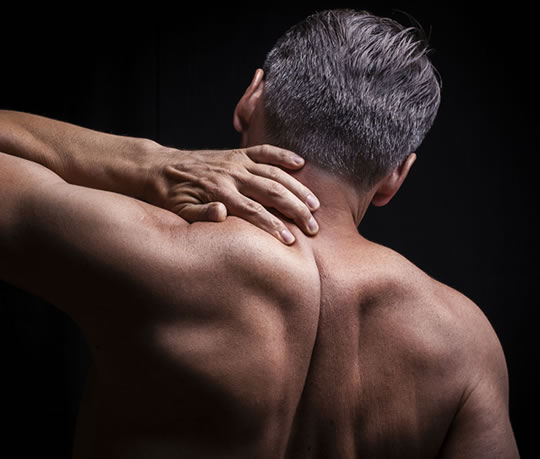 The short-term strategies that are best for tolerating and reducing pain.

Accepting pain is the best way to tolerate it, a recent study finds.

The two other techniques tested were distraction and cognitive restructuring.

Distraction, though, emerged as the best way to reduce the intensity of pain, the study also found.

The study’s authors write that…

“…acceptance is intended to disrupt the link between thoughts and behaviors such that participants are willing to tolerate painful stimulation for longer periods of time (with negative thoughts and feelings).”

“Distraction aims to shift the attentional focus away from painful stimulation and thereby to lessen pain intensity.

Some studies indicate that strategies such as distraction or suppression are more effective at reducing pain intensity relative to an acceptance strategy.”

Cognitive restructuring — a technique that involves changing how people think about their pain — was not found to be particularly effective.

Here is how the authors describe the acceptance strategy:

“It was explained that thoughts often initiate behavior, but that it is also possible to disengage oneself from these thoughts (defusion) through nonjudgmental awareness (mindfulness) or acceptance.

The strategy of regarding thoughts as clouds in the sky was discussed as an example of defusion.

If thoughts can be accepted, they no longer control behavioral tendencies and do not inhibit personal goals.

Within the exercise, participants were asked to imagine that they were experiencing the thermal stimulus and to regard their thoughts as clouds in the sky passing by.”

Here is how the authors describe the distraction strategy:

“It was explained that distraction can lead to reduced perception of thoughts and feelings.

It is possible to distract oneself internally or externally.

Within the exercise, participants were asked to imagine feeling the heat stimulus and to distract themselves by imaging a pleasant scene.”

→ Another useful technique to try is meditation: Reduce Pain With This Mental Practice — In Just 20 Minutes Over Four Days

The study was published in the Journal of Pain (Rief & Glombiewski et al., 2013).