The Type of Singing That Boosts Mood, Immune Function and Reduces Stress 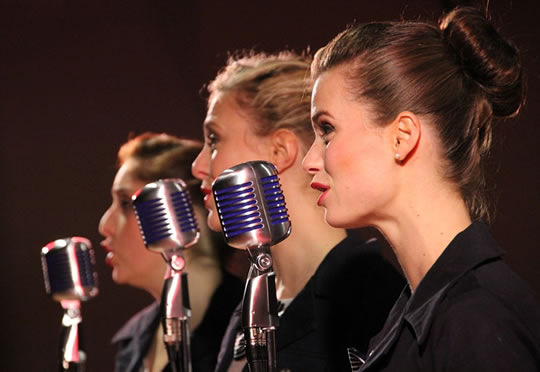 One hour of this type of singing can improve mood, immune function and more…

Singing in a choir for only one hour can improve mood, reduce stress and even boost immune proteins, a new study finds.

The largest improvements in mood were seen among those suffering with the greatest level of depression and lowest mental wellbeing.

The research involved 193 people whose lives had been touched by cancer and who were members of five different choirs.

Dr Ian Lewis, one of the study’s authors, said:

“These are really exciting findings.

We have been building a body of evidence over the past six years to show that singing in a choir can have a range of social, emotional and psychological benefits, and now we can see it has biological effects too.

We’ve long heard anecdotal evidence that singing in a choir makes people feel good, but this is the first time it’s been demonstrated that the immune system can be affected by singing.

It’s really exciting and could enhance the way we support people with cancer in the future.”

“Many people affected by cancer can experience psychological difficulties such as stress, anxiety and depression.

Research has demonstrated that these can suppress immune activity, at a time when patients need as much support as they can get from their immune system.

This research is exciting as it suggests that an activity as simple as singing could reduce some of this stress-induced suppression, helping to improve wellbeing and quality of life amongst patients and put them in the best position to receive treatment.”

Diane Raybould, 64, who was diagnosed with breast cancer and has been singing in a choir since 2010, said:

“Singing in the choir is about more than just enjoyment, it genuinely makes you feel better.

The choir leaders play a huge part of course, but so does the support of the other choir members, the inspirational programme and uplifting songs.

The choir is a family, simple as that.

Having cancer and losing someone to cancer can be very isolating.

With the choir, you can share experiences openly and that is hugely important.”

The study was published in the journal eCancer Medicalscience (Fancourt et al., 2016).