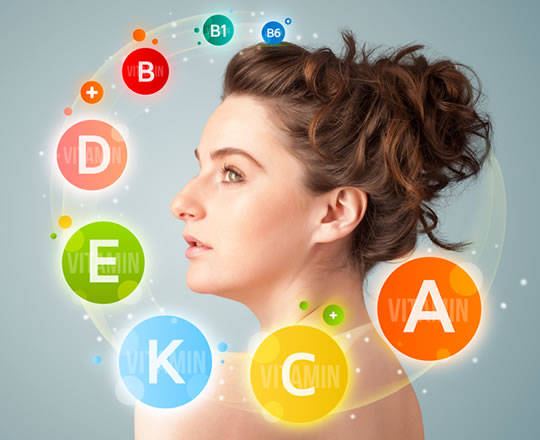 Those with low levels of vitamin D decline three times faster than those with adequate levels.

Professor Joshua Miller, one of the study’s authors, said:

“Independent of race or ethnicity, baseline cognitive abilities and a host of other risk factors, vitamin D insufficiency was associated with significantly faster declines in both episodic memory and executive function performance.

This work, and that of others, suggests that there is enough evidence to recommend that people in their 60s and older discuss taking a daily vitamin D supplement with their physicians.

Even if doing so proves to not be effective, there’s still very low health risk to doing it.”

The study included almost 400 older people and around 60% had low levels of vitamin D.

In fact, around one-quarter were found to be deficient (very low) and 35% insufficient (just low) in vitamin D.

African-Americans and Hispanics were more likely than white people to be low in vitamin D.

These are high-risk groups because those with darker skins cannot absorb as much from the sun.

The results showed that the cognitive abilities of people deficient in vitamin D declined two to three times faster than those with adequate levels.

Professor Charles DeCarli, the study’s first author and director of the Alzheimer’s Disease Center at the UC Davis, said:

“We expected to see declines in individuals with low vitamin D status.

What was unexpected was how profoundly and rapidly [low vitamin D] impacts cognition.”

The other major source of vitamin D is the diet — particularly consumption of dairy products.

“I don’t know if replacement therapy would affect these cognitive trajectories.

That needs to be researched and we are planning on doing that.

This is a vitamin deficiency that could easily be treated and that has other health consequences.

We need to start talking about it.

And we need to start talking about it, particularly for people of color, for whom vitamin D deficiency appears to present an even greater risk.”

The study was published in the journal JAMA Neurology (DeCarli et al., 2015).