Memory: The Weirdest Ever Fact is Actually True, Study Reveals 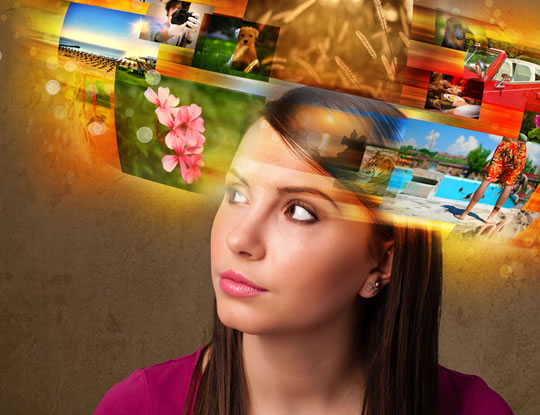 New memory discovery seems depressing but when you think about it is actually critical to useful recall.

Recalling one memory actually leads to the forgetting of other competing memories, a new study confirms.

It is one of the single most surprising facts about memory, now isolated by neuroscience research.

Although many scientists believed the brain must work this way, this is the first time it has been demonstrated.

“Though there has been an emerging belief within the academic field that the brain has this inhibitory mechanism, I think a lot of people are surprised to hear that recalling memories has this darker side of making us forget others by actually suppressing them.”

The study monitored people’s brain activity while they tried to recall images they had been shown earlier.

By measuring activity in tiny sections of the brain, the neuroscientists were able to track individual memories.

They found that as one memory was recalled, others were suppressed.

Each subsequent time a target memory was recalled, it became stronger, while the others became weaker.

Dr Michael Anderson, a neuroscientist who co-led the study, said:

“People are used to thinking of forgetting as something passive.

Our research reveals that people are more engaged than they realize in shaping what they remember of their lives.

The idea that the very act of remembering can cause forgetting is surprising, and could tell us more about selective memory and even self deception.”

The process is believed to be critical to how memory and learning work.

Here’s how I’ve explained it previously:

“The idea that forgetting helps you learn seems counter-intuitive, but think of it this way: imagine if you created a brain that could remember and recall everything.

When this amazing brain was trying to remember where it parked the car, it would immediately bring to mind all the car parks it had ever seen, then it would have to sort through the lot.

Obviously the only one that’s of interest is the most recent.

And this is generally true of most of our memories.

Recent events are usually much more important than ones that happened a long time ago.

To make your super-brain quicker and more useful in the real world you’d have to build in some system for discounting old, useless info.

In fact, of course, we all have one of these super-brains with a discounting system: we call it ‘forgetting’.”

Dr Wimber suggested another situation in which forgetting is useful:

“Forgetting is often viewed as a negative thing, but of course, it can be incredibly useful when trying to overcome a negative memory from our past.

So there are opportunities for this to be applied in areas to really help people.”

“It has significance for anything that relies on memory, but a really good example is that of eyewitness testimonies.

When a witness is asked to recall specific information about an event, and they are quizzed time and time again, it could well be to the detriment of associated memories — giving the impression that their memory is sketchy.

In fact, the repeated recall is causing them to forget these details.”

The study was published in the journal Nature Neuroscience (Wimber et al., 2015).

• Read on: Memory and Recall: 10 Amazing Facts You Should Know