The Facial Expression That Makes You Appear Smarter

Study finds men’s actual intelligence can be read in their facial features but women’s cannot.

Can you tell how intelligent someone is just from their facial features?

Only if they are a man, according to a new study published in the journal PLoS One (Kleisner et al., 2014).

The study finds that when judging men just on their facial appearance, there was a relationship with actual intelligence.

The authors speculate that this is because women are primarily judged on their attractiveness and this swamped any judgements about intelligence.

These predictions were in stark contrast to people’s assumptions about the connection between appearance and intelligence.

People strongly agreed on the type of face that looked intelligent, which was:

The three image below show what people perceive as low, average and high intelligence appearances in men and women: 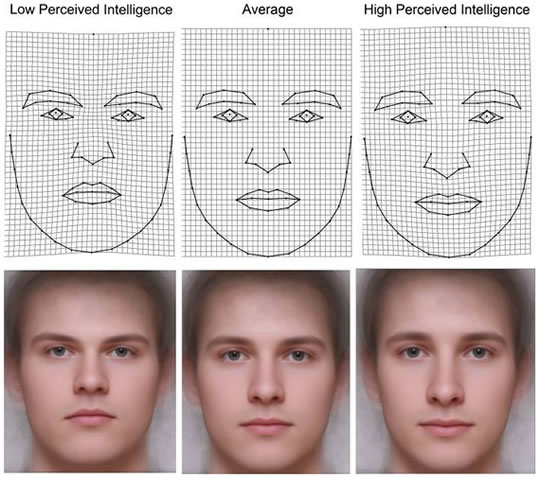 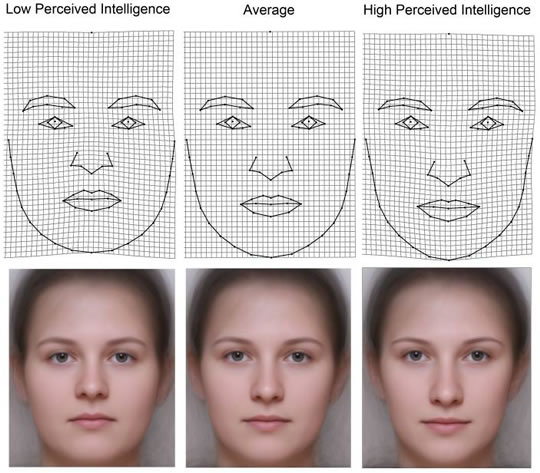 The research was carried out in the Czech Republic, so these associations between facial features and perceived intelligence may be culturally specific.

But, as you’ll see from these photos, people’s perceptions of intelligence were also associated with attractiveness.

In other words, more attractive people also appear more intelligent, possibly due to the halo effect and/or possibly because there is a small association between higher attractiveness and higher actual intelligence.

“…a correlation between semblances of emotions of joy or anger in perceptions of high or low intelligence in faces, respectively.

On the other hand:

“…low-intelligence faces are perceived as untrustworthy and considered angrier.”