Higher Risk of Mental Illness for Those With Older Fathers 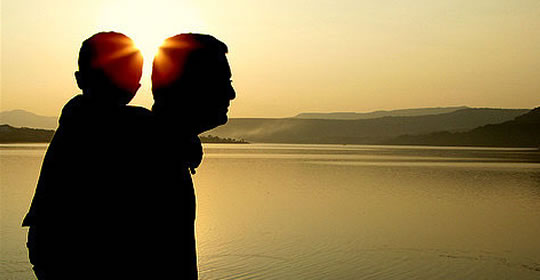 A new study has found that the children of older fathers have a much greater risk of serious mental illness.

The researchers included over 2.5 million people, representing almost 90% of the population.

They found associations between older fathers and psychiatric conditions such as bipolar disorder, schizophrenia, autism and ADHD.

When they compared fathers who were 24-years-old with those who were 45-years old, they found that children of the older fathers were:

The findings remained after they controlled for birth order, education and a host of other variables.

“We were shocked by the findings. The specific associations with paternal age were much, much larger than in previous studies.”

The authors suggest that the explanation for the association is that, while women are born with all their eggs, men continue to produce sperm, which degrades in quality over their lifetime.

People are exposed to all kinds of environmental toxins which could cause this kind of genetic mutation.

Molecular genetic studies have indeed found just this degradation in the quality of men’s sperm with age.

“While the findings do not indicate that every child born to an older father will have these problems, they add to a growing body of research indicating that advancing paternal age is associated with increased risk for serious problems. As such, the entire body of research can help to inform individuals in their personal and medical decision-making.”

With the average age at which men have children increasing in many countries, these findings could have important implications for both public policy and for individual decisions about when to procreate.