The Body Map of Emotions: Happiness Activates the Whole Body 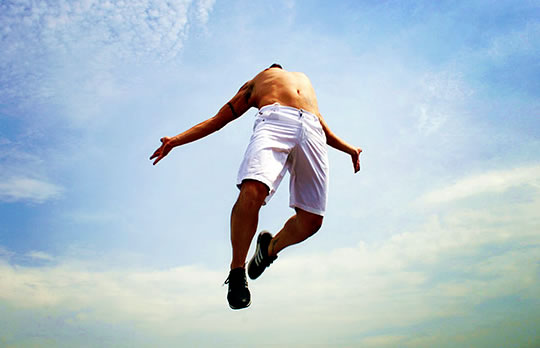 Unlike thoughts, the emotions don’t live entirely in the mind, they are also associated with bodily sensations.

For example, when we feel nervous, we get ‘butterflies in our stomach’.

Thanks to a new study, for the first time we now have a map of the links between emotions and bodily sensations.

Finnish researchers induced different emotions in 701 participants and then got them to colour in a body map of where they felt increasing or decreasing activity (Nummenmaa et al., 2013).

Participants in the study were from both Western European countries like Finland and Sweden and also from East Asia (Taiwan).

Despite the cultural differences, they found remarkable similarities in how people responded.

“Most basic emotions were associated with sensations of elevated activity in the upper chest area, likely corresponding to changes in breathing and heart rate. Similarly, sensations in the head area were shared across all emotions, reflecting probably both physiological changes in the facial area […] as well as the felt changes in the contents of mind triggered by the emotional events.”

It’s fascinating that happiness is the one emotion that fills the whole body activity, including the legs, perhaps indicating that happy people feel ready to spring into action, or maybe do a jig.

Along with the basic emotions, here are the body maps of six more complex emotions:

The stand-out emotion here is love, which only just fails to reach down into the legs, but lights up the rest of the body with activity very successfully. The three centres of activity are head, heart and err…

“Emotions adjust not only our mental, but also our bodily states. This way they prepare us to react swiftly to the dangers, but also to the opportunities […] Awareness of the corresponding bodily changes may subsequently trigger the conscious emotional sensations, such as the feeling of happiness.”