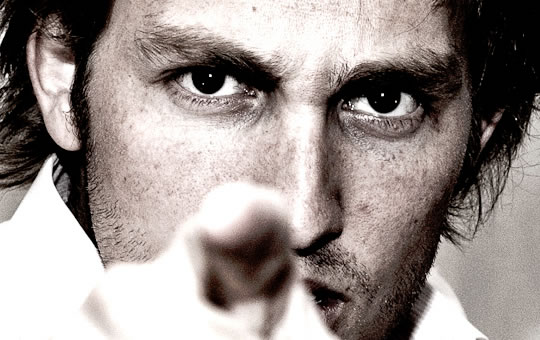 How to make decisions that are in your long-term interests without succumbing to short-term temptation.

We all have two people inside us. One is a party animal. He wants to get as much pleasure as he can right now. He wants to eat, drink, have sex and generally be merry.

The other is the boring guy. The kind who saves for a rainy day, eats healthily, never drinks too much, does the ‘right thing’ and probably irons his underpants as well.

We’ll call the first guy ‘Want’ and the second guy ‘Should’. The mental battle between Want and Should has been going on since most of us can remember. Maybe your Should guy usually wins the battle, or maybe your Want guy still runs amok every now and then.

These five techniques give you more ammunition in the battle between Want and Should, all based on solid psychological research (from Milkman et al., 2008):

1. Make the choice in advance

Studies find that when people choose things without comparing the options their Want guy easily gets out of control. Without comparisons it’s easier for the Want guy to justify the bad decision. By comparing options, though, research finds that people are better able to make the choice that is in their long-term interests.

All sorts of weird things start happening when we imagine the choice we are making right now as one in a series. Often not good things. You see the Want guy is clever. He knows we love to lie to ourselves to get what we want. We tell ourselves things like: “I’ll have that cake now, then I’ll eat healthily for the rest of the week”.

No. No ‘ifs’ and ‘buts’ and no tortuous logic to get what we want. Shut the Want guy down by making one-shot decisions. Am I going to be good or bad, right here, right now?

We can stop ourselves acting on impulse by committing ourselves to a course of action that is in our long-term interests. Commitment devices allow us to take the choice away from the Want guy.

Here are some methods people use to pre-commit to long-term interests:

Commitment devices are best when they are tailored to your own psychological preferences and circumstances. For example, if you’re well-off then a year’s gym membership might not be enough commitment to make you exercise. Or, if you don’t care about eating six small packets of a ‘bad’ food, one after the other, then this technique won’t work either.

You’ll have to discover what type of commitment device works for you. Whatever it is, make sure it’s solid or the Want guy will come and get you!