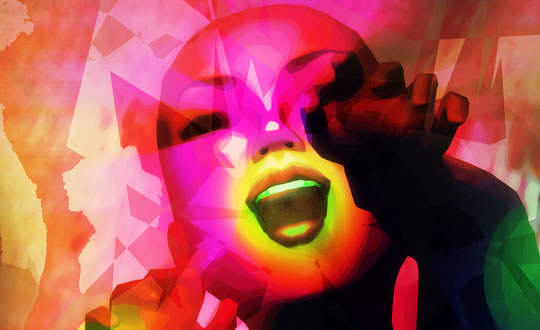 Psychological research tries to solve the riddle of the fast talker.

Beware the fast-talker, the person with the gift of the gab—the friendly salesman, the oily politician—running through the ‘facts’ faster than you can keep up. Rat-a-tat-tat.

What does all that fast talking do to us? Are we more persuaded by their apparent confidence and grasp of the subject? Or are we less persuaded because all the information comes at us too fast to be processed.

When psychologists first began examining the effect of speech rate on persuasion, they thought the answer was cut-and-dried. In 1976 Norman Miller and colleagues tried to convince participants that caffeine was bad for them (Miller et al., 1976). The results suggested people were most persuaded when the message was delivered at a fully-caffeinated 195 words per minute rather than at a decaffeinated 102 words per minute.

At 195 words per minute, about the fastest that people speak in normal conversation, the message became more credible to those listening, and therefore more persuasive. Talking fast seemed to signal confidence, intelligence, objectivity and superior knowledge. Going at about 100 words per minute, the usual lower limit of normal conversation, was associated with all the reverse attributes.

These results, along with a couple of other studies, lead some researchers to think that speaking quickly was a potential ‘magic bullet’ of persuasion. Perhaps we should watch out for people who speak quickly—who knows what we might agree to.

By the 1980s, though, other researchers had begun to wonder if these results could really be correct. They pointed to studies suggesting that while talking faster seemed to boost credibility, it didn’t always boost persuasion. The effects of talking fast might not all be positive; for example, when someone talks quickly it can be hard to keep up with what they are saying, so the persuasive message doesn’t have a chance to take hold.

By the 1990s a more nuanced relationship between speech rate and persuasion emerged. Stephen Smith and David Shaffer, for example, tried to convince one group of student participants the legal age for drinking should be kept at 21 (Smith & Shaffer, 1991). Another group they tried to persuade the age should not be 21 (this was shortly after the legal age for drinking in the US was raised to 21).

Fast, slow and intermediate speech rates were employed and this time a telling twist emerged. When the message was counter-attitudinal (you’ll be amazed to hear that college students don’t like the idea they can’t legally drink in bars), fast talking was more persuasive than the intermediate, with slow talking being the least persuasive of all.

Exactly the reverse effect was seen when the message was pro-attitudinal. When preaching to the converted, it was slow speech that emerged as the most persuasive.

The question became: why does the effect reverse when the audience is hostile to the message? Here’s what seems to happen. When an audience starts hearing a message it doesn’t like (no beer for you), but slowly, it has time to come up with counter-arguments, so less persuasion occurs. However when the speech is quicker there’s less time to come up with these counter-arguments, so more persuasion.

It works the other way around when the audience does like the message (loads of beer for you). When the message comes in too quickly, there isn’t time to evaluate and agree with it more. But, when it comes in slow, there’s plenty of time to evaluate the arguments, agree and be even more persuaded that you should be able to drink in bars.

So it seems we might well have reason to fear fast talkers if they are delivering a message we’re not inclined to agree with. It seems the fast pace is distracting and we may find it difficult to pick out the argument’s flaws. Similarly when faced with an audience gagging to agree, the practised persuader would do well to slow down and give the audience time to agree some more.

All this assumes the audience is interested in the topic in the first place. If it isn’t relevant, people are likely to judge it based solely on much more peripheral matters, like how fast they are talking. So once again, when talking to a disinterested audience, the fast talker is likely to be more persuasive.