The 12 Psychology Studies of Christmas 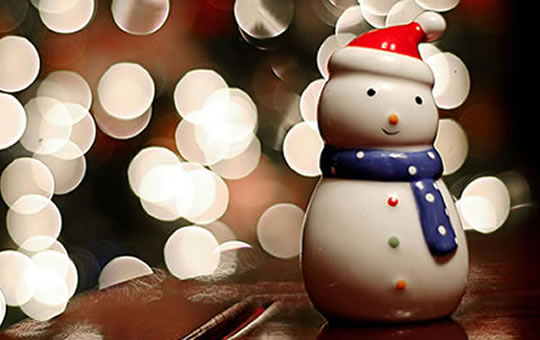 On the first day of Christmas PsyBlog sent to me…12 psychology studies about Christmas (and no partridges or pear trees).

1. How to have a happy Christmas

We all want a happy Christmas (or cultural equivalent), but how do we get it? This research into happiness and Christmas suggests that a focus on spending and consumption is associated with less happiness while family and religious experiences are associated with more happiness. Not exactly earth-shattering, but satisfying to quote to little Billy when he complains about his presents.

2. What’s the best type of chocolate?

Should we find ourselves unhappy at Christmas (shock! horror!), perhaps a little chocolate will help rectify the situation? But what to choose for maximum pleasure: normal chocolate, milk chocolate or dark chocolate? For the answer we turn to the Chocolate Happiness Undergoing More Pleasantness study. That’s right, the CHUMP study. It’s a real thing, and it’s a randomised controlled trial. Unfortunately the results were inconclusive so you’ll be forced to conduct your own research.

Giving and receiving gifts can be a no-win situation. We assume people close to us know us well enough to get us good gifts. So when a bad gift comes it tends to reflect poorly on the relationship. However men and women seem to have different psychological defence mechanisms for dealing with poor gifts: women pretend the gift is just what they’ve always wanted whereas men are more likely to say what they think. And then the arguments start.

And talking of poor gifts, this study finds money is probably a bad gift perhaps because it can’t send a meaningful message about intimacy and tends to send the wrong message about status differences. Perhaps that’s why it seems to be OK to give money to children, but not adults.

5. It’s all about the giving

6. What do your decorations say about you?

Research suggests that decorations on a home’s exterior make other people think you’re more sociable and perhaps more integrated with the community and with its social activities. But make sure you don’t tip over into ‘Christmas lighting addiction‘.

7. The smell of Christmas

It’s the season of rampant commercialism and the shops have gone into overdrive. Christmas music has been playing everywhere for months, but have you encountered any Christmas smells? According to this study Christmas music interacts with Christmas scents to boost our attitudes to stores and increase our likelihood of visiting them. I can’t help wondering what a ‘Christmas smell’ is though…

8. Good food is mostly in the mind

We all do a lot of eating at Christmas but does the chef get enough credit? Brian Wansink, a food psychologist, describes all sorts of cool tricks for boosting people’s perceptions of the food they are eating. It’s all about harnessing the ‘halo effect‘. Leave parsley and chervil lying around, talk about the organic turkey farmer you know, use evocative labels for the food you’re serving, tell them the wine is first rate, even if it’s all just talk.

This isn’t alcohol related but a neat little study where participants were asked to listen to white noise and press a button when they heard Bing Crosby singing ‘White Christmas’. Almost one-third of the participants pressed the button at least once despite the noise being white-only with not a hint of Christmas. To the researchers this suggested a link between auditory hallucinations and being prone to fantasy. To me it suggests too much time spent in department stores.

10. Searching for the Christmas spirit

Again, not alcohol related but a asking the question: what exactly is the ‘Christmas spirit’? According to this survey of 450 people, the Christmas spirit has five components: bonhomie, gay abandon, ritual, shopping and little bit of dejection. Yup, sounds about right to me.

The unholy union of Christmas and bad jokes can be blamed on Londoner Thomas J. Smith who in 1847 invented the Christmas cracker. Almost none of us find the jokes inside funny as an online survey of 2,000 people has confirmed. The top rated joke raised a reluctant smile in just 12% of people. For posterity here it is: “What do you call a penguin in the Sahara desert? Lost.” *GROAN*

This study asks why we persist in promoting the myth of Santa Claus to children. From the 318 parents surveyed, they found that it’s the myth and magic in the story that we like. I don’t understand all this talk of myth and magic though, Santa Claus is clearly real.

Merry Christmas and season’s greetings to you all and thank you for the kind emails and support throughout the year.