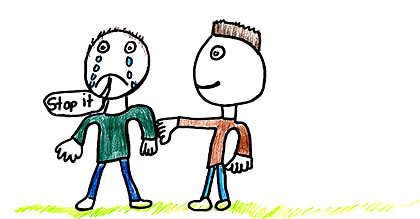 Studies have shown that false memories can be implanted under experimental conditions, so is it possible for therapists to change their clients’ beliefs or memories through suggestion? An experiment by Giuliana Mazzoni from the University of Florence and colleagues demonstrates the power psychotherapists potentially wield with a mere 30 minute interpretation of a dream (Mazzoni et al., 1999).

This intriguing experiment had three stages:

This is how it worked:

One-hundred and fifty-nine potential participants were first asked to fill out a questionnaire asking about events they remembered occurring to them before the age of 3. The questionnaire asked how confident they were in each of these memories. The events included things like ‘found some lost keys’ or ‘hand caught in mousetrap’, but there were two questions experimenters were particularly interested in: ‘was harassed by a bully’ and ‘was lost in a public place for more than one hour’. Only the 72 who were reasonably confident this event hadn’t happened to them were selected for the experiment.

These participants were then randomly split into two groups, with one acting as a control group while the other group were targeted with a dream interpretation session designed to change their beliefs and memories.

Around two weeks, later the dream interpretation group were invited to take part in another study which appeared unrelated to the earlier questionnaire they had filled out. They were told it was a ‘Dream and Cognition Study’, where they would bring two of their dreams to a session with an expert in dream interpretation. In fact the expert dream interpreters were the experimenters.

When participants arrived at the session they were introduced to a ‘clinical psychologist’ who would interpret their dreams. But the clinical psychologist, over a 30 minute session, instead of interpreting all the different dreams brought to her in different ways, rather single-mindedly gave one specific interpretation to all the different dreams. Every participant was ultimately told that their dream probably indicated they had been bullied as a child or lost in a public space depending on which question they had answered ‘no’ to in the earlier questionnaire. It was also suggested this had probably happened before the age of 3.

Participants in the control group did not take part in this section of the study.

Impressively, fully half of the dream interpretation group reported increased confidence in their belief that they were either lost in a mall or had been bullied by an older child before the age of 3. Of these people, half produced concrete reports of the events having occurred. They actually built on the dream interpretation to fabricate memories of their own. This was despite previously being fairly certain these events had never occurred.

In the control group, however, only a few people increased their confidence the childhood event had occurred. In addition, 30% of the control group actually reported decreased confidence they had been bullied or were lost as a child compared to only a few percent of the dream interpretation group. This suggests the dream interpretation group hadn’t simply had their memories jogged.

Also, suggestibility varied significantly between people. In this study those who believed in the power of dream interpretation were more likely to change their beliefs and generate false memories.

Despite these impressive results, this experiment probably under-estimates the power therapists could potentially wield over their clients’ beliefs and memories. The experiment examined only people visiting a ‘clinical psychologist’ who they had never met before and about whom they probably had few expectations, other than that they were apparently a dream expert.