How to Build Courage Through Personality Traits and States of Mind 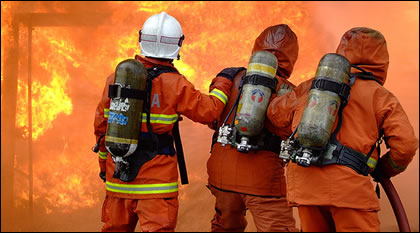 New research suggests courage is driven by personality traits, self-efficacy, hope, resilience, values, beliefs and social forces. PsyBlog shows how all these can be enhanced.

How does a fire-fighter steal themselves to enter a burning building? How does an anxious person pluck up the courage to introduce themselves to a stranger? How does a severely depressed individual find the strength to go through the motions of another day? All require courage, but courage is an elusive quality. Continuing the series on positive psychology we look at the components that make up courage and how these can be developed.

Sean Hannah and colleagues (Hannah, Sweeney & Lester, 2007) from the United States Military Academy, writing in The Journal of Positive Psychology, provide a new model of courage. In it they set out a web of interrelated factors thought to feed into the subjective experience of courage.

Broadly they suggest that levels of courage are influenced by character traits, particular states of mind and the values, beliefs and social forces acting on a person. Alongside these factors set out below, I’ve provided suggestions for how each can be increased.

Firstly, then, the following three character traits are thought important in courage:

1. Openness to experience: This trait is associated with both divergent thinking, e.g. brainstorming, and the related idea of creativity. Being courageous, then, is all about having options, and in order to generate those options you need to be creative.

How can it be increased? Techniques which may help increase divergent thinking are brainstorming, keeping a journal, free writing and mind mapping. Whether these will lead back into increased openness to experience, however, is unknown. It’s unlikely to cause you any harm though!

2. Conscientiousness: the conscientious are dependable people who feel a sense of duty towards themselves and others. They get the job done.

How can it be increased? One way to increase conscientiousness may be to commit to more social institutions such as marriage, work, family or other role in the community. This suggestion comes from research that has found conscientiousness increases with age, which is also associated with greater work, family and social commitments.

How can it be increased? Increasing locus of control can be achieved through cognitive therapy. Central to cognitive therapy is the idea that our outlook on life is fundamentally affected by how we explain what happens to us and others – the attributions we use. Changing these attributions can lead to changes in core self-evaluations.

Remember that these first three components are ‘traits’ meaning they are thought to be relatively stable across situations and across time-points. While they can, and do change, they will be difficult to budge quickly or easily.

The following four states of mind are, though, more open to adjustment and may be better bets for increasing courage in the moment:

1. Self-efficacy: essentially means confidence in yourself and your ability to achieve desired outcomes.

2. Means efficacy: this is the belief that the tools available can do the job.

How can it be increased? They say a bad workman blames his tools – so a good workmen sees potential in his tools to complete the job. Really believing you can use what you’ve got is half the battle.

3. State hope: believing the task is possible and seeing a way of carrying it out at the time at which it needs to be done.

How can it be increased? Like locus of control, state hope can be increased using cognitive therapy. At heart, the idea is to change the attributions we make.

4. Resilience: this is bounce-back-ability. It’s also having the belief that should the inevitable problems arise, you’ll be able to overcome them.

How can it be increased? Research suggests resilience may be predicted by positive emotions. Generating amusement, interest or any other positive emotion is likely to increase levels of resilience. Essentially, it may be possible to laugh off the fear often experienced when being courageous.

There are two final components important in Hannah and colleagues’ model of courage:

1. Inner convictions: these include independence, selflessness, integrity and honour. These types of beliefs can all have important effects on behaviour in the face of fear.

How can it be increased? Inner convictions can come from a variety of sources such as philosophy, societal beliefs or religion.

2. Social forces: really important, some might even argue this is the most important. People look at how other’s react to a situation, then think how they should act in relation to other people.

How can it be increased? Essentially courage is socially contagious. The practical advice from this is simple: to increase your courage, hang out with courageous people.

While I’ve considered each of these factors separately, in Hannah’s model they are all interrelated. For example positive emotions are likely to lead to less experienced fear, which also leads to more courageous behaviours which leads to the subjective experience of courageousness which in turn will feed back into positive emotional states.

Only courage by a different name?

One of the main criticisms of these types of models is that they just re-describe courage in terms of different attributes. There is some truth to that, but only some. The strength of this model is that it breaks down courage into its components so that each can be individually targeted.

I see a way

For myself, while increasing my ‘courage’ is too vague and abstract, I can see ways in which I might increase my resilience, means efficacy and state hope. And, as the model suggests, seeing how the tools can be used to achieve a goal (means efficacy) is half the battle.