These Popular Drinks Can Double The Risk Of Bowel Cancer 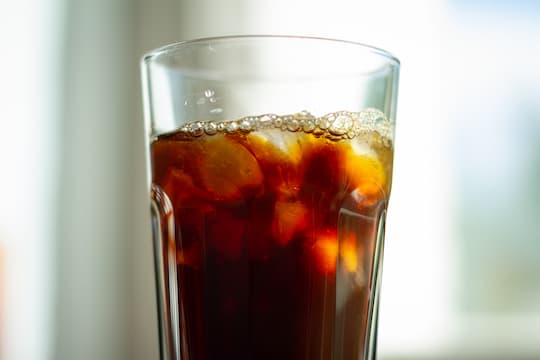 The popular drinks linked to doubling of bowel cancer risk in adults before the age of 50.

Although cancer is among the leading causes of death, only 5 to 10 percent of all cancers are hereditary.

This means that aging and lifestyle factors such as poor diet, smoking, drinking, air pollution and physical inactivity are largely to blame for cancer.

Sugary drinks — also called sugar-sweetened beverages — have become more and more popular in the UK and the US, hence, putting more people at risk of developing cancer.

According to a study, having two or more sugary drinks a day doubles the odds for bowel cancer in adults before reaching age 50.

With each daily serving the cancer risk increases by 16 percent in women and 32 percent in teens.

In recent years, there has been a sharp increase in bowel cancer (colorectal cancer) cases before the age of 50, especially in high-income countries.

Colon cancer risk is doubling for Americans born in the 1990s and those born in the 1950s are four times more likely to develop rectal cancer.

Sports and energy drinks, fruit flavoured drinks and soft drinks are the largest source of added sugars in American diets.

More than one-in-ten people drink over three servings (8 fl oz each) every day.

To examine the link between sugary drinks and bowel cancer, researchers used information from 95,464 US female participants in the Nurses’ Health Study II.

Over 24 years, participants’ food and drink consumption was monitored by using a food frequency questionnaire every four years.

The results suggest that those female who developed bowel cancer before the age of 50 consumed more sugar-sweetened drinks.

Women who had two or more sugary drinks a day were twice as likely to get bowel cancer than those who had one serving weekly or none at all.

With each extra drink, the risk was increased by 16 percent and for those with drinking habits in their teens, the figure jumped to 32 percent.

The authors think that sugar-sweetened drinks lower the sense of feeling full and satisfied because they cause a sudden rush in blood sugar and insulin production.

Reducing intake and/or [substitution] with other healthier beverages among adolescents and young adults may serve as a potential actionable strategy to alleviate the growing burden of bowel cancer before the age of 50.”