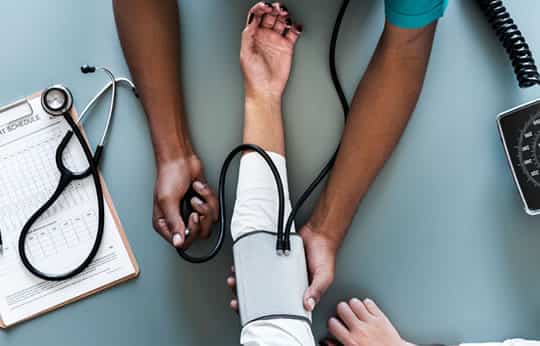 People who believe they can protect themselves from another stroke are better able to control their blood pressure.

The link is particularly strong in women.

Although it can be done with lifestyle changes or medication, many people find it hard to keep their blood pressure in check.

Blood pressure is not the only health condition that positive beliefs can improve.

For example, people who are more optimistic about their heart disease have better outcomes.

Similarly, holding more positive beliefs about ageing may protect against Alzheimer’s disease and those who believe they can control their weight eat more healthily.

“This perception that you can protect yourself from another stroke reflects the construct of self-efficacy, or a belief in one’s ability to achieve a specific outcome.”

The study included 552 stroke patients who had been treated at four New York City hospitals.

They were each asked if they agreed with this statement: “I can protect myself against having a stroke.”

One year later, the results showed that women who believed they could reduce their blood pressure were correct.

Their readings were, on average, 5.6 mm/Hg lower than those who did not believe they could reduce their blood pressure.

The finding was not statistically significant in men.

“In this study, we found an association between self-efficacy and reduced blood pressure, which is consistent with previous studies linking positive psychological states to better health outcomes in the context of cardiovascular disease and stroke.

Targeted strategies to improve health beliefs after stroke may be an important component to include in risk factor management among stroke survivors.”

Many mechanisms could explain why positive health beliefs may improve outcomes, the study’s authors write:

“Having positive health beliefs, such as higher levels of self‐efficacy and confidence, motivation to take action, greater ability to cope and adjust to adversity, and accurate risk perception, may promote healthy behaviors (eg, diet, physical activity, sleep, and treatment adherence) and result in better health outcomes.

Greater psychosocial resources and better physiological functioning noted among those with positive psychological well‐being may also explain this association.

In addition, positive emotions may buffer the impact of stress on health or reduce the stress itself.”

The study was published in the Journal of the American Heart Association (Goldmann et al., 2020).