Playing Hard To Get Works If Done This Way 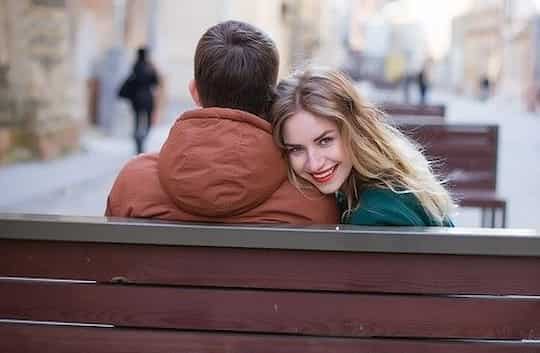 Playing hard to get means being coy and vague about your interest to keep a potential partner keen. This can work if it is done correctly.

Back in the 60s and 70s, before the sexual revolution had really taken hold, the standard dating advice for women was playing hard to get.

In some quarters it still is.

Social scientists in the 1960s accepted the cultural lore that women could increase their desirability by playing hard to get.

When interviewed, men seemed to agree: they said that women playing hard to get were probably more popular, beautiful and had better personalities.

Unfortunately every time psychologists used an experiment to test the idea that playing hard to get is a good dating strategy, their results didn’t make any sense.

At least not until 1973 when Elaine Walster and colleagues at the University of Wisconsin finally hit upon a method that teased out the subtleties (Walster et al., 1973).

Here’s what they did.

Playing hard to get the right way

Single young men were given a folder containing details of five fictitious single women with quite similar descriptions.

They were told the computer had matched them and that three of the women had already seen and rated their own details and those of four other rival suitors.

This was all a ruse, however, to set up a series of experimental conditions related to how hard to get each of the women appeared to be.

Each woman fell into one of the following categories:

Each man saw the women’s ratings, including of themselves, then chose one to date.

One woman was far and away more popular than the others, and it had nothing to do with the small variations in their descriptions:

The woman who was apparently selectively playing hard to get, i.e. easy for you but hard for everyone else was the runaway winner for the men.

They thought she would be popular, warm and easy-going, but not demanding and difficult.

Being selective is most attractive

We have to be careful what conclusions we draw from this experiment: crucially it didn’t involve anyone meeting face to face, or address what happens when men play hard to get, plus it only looked at heterosexual matches.

But, a subsequent study on speed-dating has also found that showing selective interest is the best strategy (Eastwick et al., 2007).

Despite these drawbacks, once you’ve heard the results it’s difficult to imagine how it could have turned out any other way—after all, everyone wants to feel special.

So, this experiment suggests that playing hard to get only works in the sense that it signals selectivity.

But for the person you are after, you should be easy to get because otherwise they’ll assume you’re hard work.

The Roman poet Ovid wrote around 2,000 years ago:

“Easy things nobody wants, but what is forbidden is tempting.”

In the light of this experiment we can remix Ovid’s quote to:

“Easy things are tempting, but only if they are forbidden to others.”

There’s a maxim to live by.