Multitasking Has Costs — But Can Be Improved 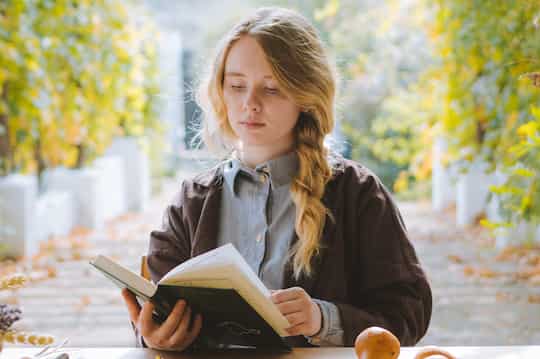 Multitasking means working on two or more tasks at the same time, which psychological research finds is bad for productivity, mostly.

Multitasking, doing two or more tasks at once, mostly gets a bad rap from psychological research.

Examples of multitasking include:

Multitasking is something that’s best avoided for any task that needs concentration.

Humans don’t multitask well, unless one of the activities is automatic and doesn’t require much conscious processing.

Multitasking is bad for productivity

Multitasking is distracting and once it becomes a habit may make people more distractible.

Multitasking tends to slow people down because switching between tasks has a cost.

People generally work quicker when they focus on one task at a time and do it properly.

Multi-taskers tend to make more mistakes: think about the modern trend for using a mobile phone while driving.

For all these reasons and more it is no surprise that multitasking probably reduces productivity by up to 40 percent, and even shrinks important structures in our brains.

Changing from one activity to another interferes with brain activity.

This makes the end result much worse than if we focus on one thing at a time.

Some research even suggests that media multitasking is associated with emotional problems, like anxiety and depression, as well as cognitive problems, like poor attention.

Sometimes, though, multitasking cannot be avoided.

And psychologists have found simple ways to improve multitasking for those multitaskers among us.

These brain areas help boost both reasoning and problem-solving.

A short breathing exercise is enough to refocus the minds of highly distracted people (Gorman & Green, 2016).

Heavy media multitaskers benefit most from simply counting their breaths, psychologists have found.

Despite all the disadvantages of multitasking, the fact that people frequently attempt to multitask means we have a capability that can be explored.

What levels of multitasking might we be capable of with effort?

A classic 1976 study which taught two people to read and write at the same time hints at our considerable potential to multitask (Spelke, Hirst & Neisser, 1976).

Professor Elizabeth Spelke and colleagues at Cornell University wanted to know whether we can really divide our conscious attention between two demanding tasks, like reading and writing.

To find out they recruited two participants willing to put in 29 hours of practice over a 6 week period: Diane and John were their volunteers.

Before the training Diane and John’s normal reading and comprehension rates were measured, so it could be compared with post-training.

Then Spelke and colleagues set about their three-phase training regime.

The first step to multitasking was to get Diane and John reading and writing at the same time.

To do this they read short stories by authors like Katherine Mansfield at the same time as writing down a list of words being dictated to them.

Afterwards the experimenters checked their story comprehension and memory for the list of words.

This procedure was continued throughout all three phases of the study.

Naturally, when Diane and John first tried multitasking their reading speed, comprehension and memory all deteriorated.

But surprisingly, after six weeks, they could read just as fast and with the same level of comprehension whether or not they were also taking dictation at the same time.

They also often recognised more than two-thirds of the dictated words.

There is a problem with this study so far though: it’s possible that Diane and John weren’t really multitasking but had just leant to take dictation automatically and unconsciously.

Spelke and colleagues knew they had to push Diane and John harder.

Over the next few weeks Spelke and colleagues tested Diane and John’s higher-level awareness of the dictated lists.

Without forewarning Diane and John found these difficult to spot, but once told to search for the patterns they started noticing rhymes, categories of words and even sentences.

Although still missing a few, they did spot many of the patterns the experimenters hid in the sub-lists while they were multitasking.

Remember that this is all at the same time as reading an unrelated story at their normal speed and level of comprehension.

In this second phase the participants’ multitasking is even more impressive and it’s harder to argue that the dictation has become automatic and unconscious because Diane and John could spot many of the patterns.

After the 16 weeks of the study it seemed that both Diane and John could categorise lists of words and write down the name of the category at the same time as reading, and understanding, a sophisticated and completely unrelated short story.

In the third and final phase Diane and John were asked to just write down the category to which the words belonged rather than the words themselves.

Again, their reading speed initially dropped when they were given this new task, but soon, with practice, it was back up to its original level.

Not only that but their reading speed and comprehension of the short story was unaffected compared with their pre-training tests.

Quite an impressive feat of attention.

Not everyone accepts that what Diane and John were doing was really multitasking.

Here are some of the objections:

These are all good points, but ultimately there’s still an impressive human performance here that requires explanation.

Whether or not Diane and John were really multitasking, the research certainly implies that we can train our attention to carry out two sophisticated tasks which require conscious deliberation at the same time.

This is more than just simultaneously talking and driving, or patting the head while rubbing the stomach: both reading and writing involve relatively deep processing of similar types of linguistic information.

Spelke and colleagues were clearly very impressed with Diane and John’s new abilities and they suggest there may be no limits to training human attention, perhaps even no limits to our general cognitive capacity.

All we need is some creativity along with plenty of time and practice.

Truly efficient multitasking may be within people’s grasp — with a lot of practice.