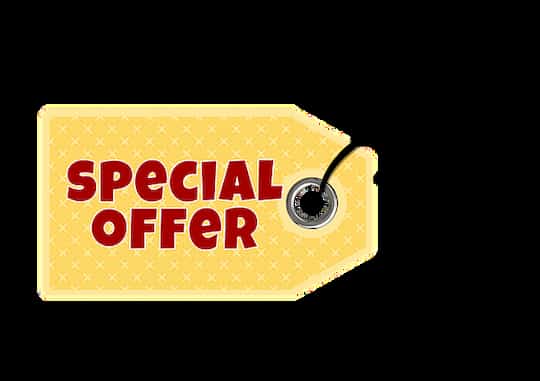 Consumerism promises happiness through purchasing, but psychologists find six reasons why it is unsatisfying and how to fix it.

Consumerism is the idea that the consumption of goods is economically desirable.

Some would go further and say that consumerism means people’s happiness relies on acquiring goods — that people need to buy things in order to be happy.

Not everyone uses the word consumerism with this meaning.

Consumerism has also become a pejorative term since the 1970s, used to mean a frivolous and selfish collecting of products which has little regard for its effect on society or the environment.

The psychology of consumerism

Whatever the political angles on consumerism or anti-consumerism, psychologists have focused on some of its real-world effects on our happiness.

In the first place, everyone knows that buying stuff can be disappointing.

After swallowing the hype, checking out the options and trolling for bargains, finally you’ve got it; your brand new whatever-it-is.

Before long, though, the excitement fades.

Your whatever-it-is isn’t so great any more.

They’ve brought out a newer model with more features and anyway you’ve seen it cheaper elsewhere.

It’s happened to all of us.

Psychological research on consumerism tells us that this disappointment is particularly pronounced when people buy things like electronic devices or watches, compared with experiences like vacations or concert tickets (see: experiences beat possessions).

A study by Carter and Gilovich (2010) explores six reasons that material purchases are less satisfying than experiential purchases, and what we can do about it.

In their first study on consumerism, participants recalled past experiential and material purchases costing at least $50 and were asked to rate their satisfaction with them.

The reason is that experiential purchases are difficult to compare.

The band you went to see on that wet Tuesday after work on the spur of the moment is likely to be literally incomparable.

On the other hand, phones are much easier to compare: one has more memory while another looks prettier.

When it’s easy to compare two things, like salaries, dissatisfaction isn’t far away because there’s always someone who earns more than you or, in this case, has a better phone than you.

And if they don’t have it now, they will in six months because that’s the nature of consumerist culture.

2. Consumerism: the research is exhausting

There’s a crucial difference in the way we make decisions about material and experiential purchases, as revealed by the second study on consumerism.

When people choose material purchases they tend to use a strategy psychologists call ‘maximising’.

This means comparing all possible options.

But, because consumerism means we live in a world of endless choices, maximising takes a long time and is hard work; so people often end up irritated and unsatisfied even when they chose the best possible option.

However, when people choose experiential purchases they tend to use a strategy psychologists call ‘satisficing’.

This means setting a minimum standard for a purchase then choosing the first option that fits the bill.

Studies show that this leads to greater satisfaction with purchases and people are relatively untroubled by the existence of slightly better options.

3. Finding it cheaper after purchasing is depressing

Consumerism means that it’s not just before purchasing that the availability of endless possibilities is problematic.

After you’ve bought it, do you ever go back to look at the other options, just in case?

Would that change if it was a vacation you’d bought instead at the same price?

When researchers simulated the situation they found that, having bought a gadget, participants were more likely to continue investigating the alternatives than if they’d bought a vacation, despite not being explicitly asked to do so.

We automatically re-evaluate material purchases after we’ve made them.

In comparison, decisions about experiential purchases, once made, are not revisited and so we have less opportunity for disappointment.

It’s always the way: right after you buy it they bring out a new, improved model, or introduce better options.

The nature of consumerism and consumerist culture means there are always plenty of new ‘better’ options.

When Carter and Gilovich simulated this situation in the lab, participants reported that the new option effect was more disturbing when buying a watch, a pair of jeans or a laptop than when buying a holiday, movie ticket or fancy dining experience.

5. The reduced price effect and 6. A cheaper rival

Like the introduction of new options, retailers also have a habit of dropping the price right after you buy something — that is the nature of consumerism.

Worse, the next day you spot it cheaper somewhere else.

Carter and Gilovich found that people were more troubled about the reduced price of laptops and watches than they were about cheaper holidays or meals out.

Similarly, participants reported being jealous of rivals who’d paid less for material purchases at another retailer, but weren’t so jealous when it came to experiential purchases.

Since consumerism is clearly with us to stay, this all begs the question of how we can be more satisfied with material purchases, other than simply trying to avoid all the above.

Carter and Gilovich wondered if it comes down to how we view our consumerist purchases.

Buying music can be viewed as both an experiential and a material purchase in consumerism; it’s an object (even if digital), and it’s the experience of listening to the music: where you are, how it makes you feel and what you’re doing at the time.

Perhaps thinking experientially can help us avoid the disappointments inherent in consumerism?

In their last experiment on consumerism, the researchers encouraged half their participants to think of music as a material purchase and the other half as an experiential purchase.

They were then told the price had been reduced.

Sure enough participants who were thinking in experiential terms were less bothered by missing out on a bargain and therefore likely to be more satisfied with their purchase.

This experiment on consumerism suggests that thinking of material purchases in experiential terms helps banish dissatisfaction.

Try thinking of jeans in terms of where you wore them or how they feel, the phone in terms of how it changes your mood or outlook, even your laptop in terms of all the happy hours spent reading your favourite blog.

By thinking experientially we can make more of what we already have and ward off the invidious comparisons that can make the treadmill of consumerist culture so unsatisfying.