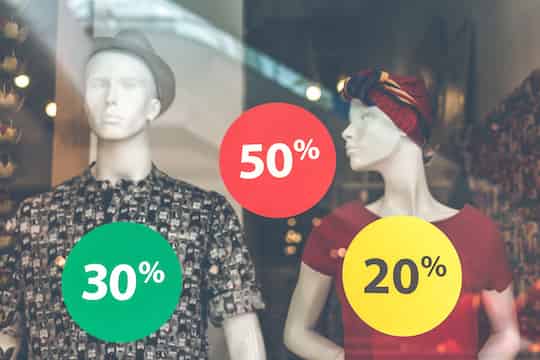 Third-person effect in psychology is a theory that people think they are less influenced than others by adverts and persuasive messages.

The third-person effect is a psychological finding that people think others are influenced by mass media messages more than they are themselves.

In fact, it is one of the most intriguing things about the psychology of persuasion, how many people say that persuasion attempts have little or no effect on them.

Other people, oh sure, adverts, work on them.

But not you and I, we’re too clever for that.

Hah! How stupid do they think we are?

We know what they’re doing and we wouldn’t fall for such cheap tactics.

So pervasive is this feeling that only ‘other’ people are influenced by things like adverts that many studies on the third-person effect have explored the idea, with an initial surge in the 1980s and 90s.

Psychologists wanted to see how much people thought they were influenced by persuasive messages like adverts and compare it with actual attitude changes, if any.

Typically these third-person effect studies first got participants to watch an advert, read a newspaper article or other medium containing a persuasive message.

Since the experimenters measured actual persuasion and knew from previous research how influential the messages were, they could compare people’s guesses with reality.

What they found, in study after study on the third-person effect, was that participants thought others would be influenced by the message, but that they themselves would remain unaffected.

When psychologists looked at the results, though, it was clear that participants were just as influenced as other people.

This was dubbed the ‘third-person effect’.

When the third-person effect is stronger

Reviewing the research in this area, Perloff (1993) found that studies on political adverts, defamatory news stories, public service announcements and many more all showed a robust third-person effect.

Similar conclusions were reached by Paul et al. (2000), who looked at 32 separate studies on the third-person effect.

Perloff also found that when people don’t agree with the message or judge its source as negative, the third-person effect became even stronger.

The third-person effect is also stronger when messages aren’t directly relevant to people.

In other words people are likely to be influenced more than they think on subjects that are currently of little or no interest to them.

An everyday example would be seeing an advert for a car, when you’re not in the market for a new car.

We’d probably guess it has little or no influence on us, but this research suggests we’d be wrong.

The third-person effect is unusual because it goes against the general finding that we overestimate other people’s similarity to ourselves.

This is what psychologists call the false consensus effect: we tend to assume that others hold more similar opinions and have more similar attributes and personalities to ourselves than they really do.

The third-person effect, though, goes in the other direction.

When it comes to influence, instead of thinking other people are similar to us, we think they’re different.

There are two facets of human nature that support this exception:

People often react to this sort of research by saying it’s disheartening, which it is.

It’s not a happy thought that we don’t know how easily we are influenced because we don’t really know what’s going on in our own minds.

However, sticking our heads in the sand and pretending influence attempts don’t work is likely to increase our vulnerability.

On the other hand, if we acknowledging our lack of insight into our own thought processes, we can raise our defences against the power of advertising and messages of influence, and take back control for ourselves.